Goggia admitted that she still  didn't realize that she became a gold medalist: “I still haven’t quite realised yet. I think I’ll realise when I’m on the podium. I’m very proud. I feel so focused on the day that I haven’t realised yet what I’ve done. I was really focused. I moved like a samurai. Usually, I’m really chaotic, but I wanted to take in every little detail, every particular in the morning. I believed in myself”. Moreover, the athlete shared that she skied with her head more than heart: “I didn’t take any risks. I just used my brain because I have one sometimes and I use it. I just tried to focus on two points of the slope and I skied really focused”. 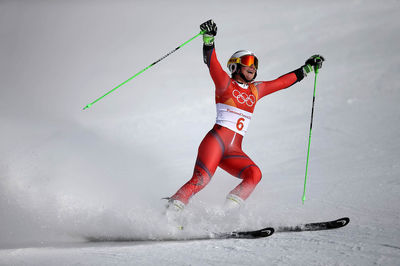 Ragnhild Mowinckel, silver medalist in giant slalom, won a silver medal after finishing in 1:39.31. She became the first Norwegian to win an Olympic downhill medal. The bronze was won by American Lindsey Vonn, gold medalist in downhill at 2010 Winter Olympics. She finished in 1:39.69.

Among other best skiers in this discipline are: