Lee Seung-Hoon was born on March 6, 1988, in Seoul, South Korea. He got engaged into speed skating in 1994, being influenced by his elder sister. Studying at school and Korea National Sport University, he was competing in short track speed skating.

One of the first achievements of Seung-Hoon at the international level was his participation in short track events at 2009 Winter Universiade, where he won gold medals in 1000, 1500 and 3000 m. However, as those victories didn’t help him to be selected for the South Korean national team, in September 2009, he switched to long track speed skating. 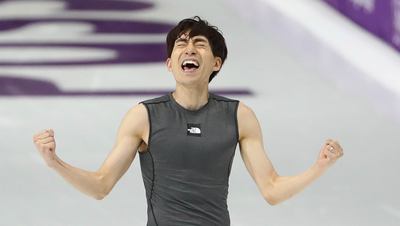 Moreover, in 2010, Seung-Hoon was called Best Athlete at the Coca-Cola Athletics Awards Ceremony and in 2014, he was a part of the team to receive the Best Group Award. In 2011, he got the Best Performance Award by the Korean Olympic Committee as well as the KOC President’s Award. At 2010 Winter Olympics in Vancouver, Lee Seung-Hoon surprised everyone by winning gold in 10000 m and becoming a silver medalist in 5000 m. He became the first Asian man to ever achieve these victories in long track speed skating. Also, he set the Olympic record in 10000 m, finishing the race in 12:58.55. At 2014 Sochi Olympics, Lee won a silver medal in team pursuit.

At 2018 Olympic Games in PyeongChang, Seung-Hoon became an Olympic champion in mass start with the finishing time of 7:43.97. Also, he won a silver medal in team pursuit together with Chung Jae-Won and Kim Min-Seok. Here are the best results of the athlete in all the disciplines he competes in:

So, though Lee Seung-Hoon faced some obstacles at the start of his career, he managed to find the right way and became one of the best South Korean speed skaters ever. His example is very inspiring for many young athletes around the world.