Kelsey Serwa is a Canadian freestyle skier, who specializes in ski cross. She is an Olympic and world champion as well as the winner of 2 Winter X Games. But let’s find out a bit more about this athlete. 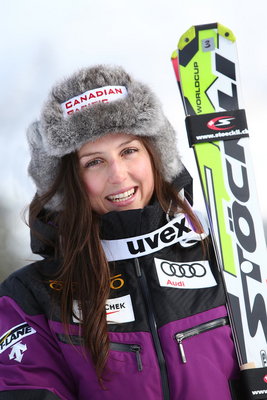 Kelsey Serwa was born on September 1, 1989, in Kelowna, British Columbia, Canada. She started skiing at early childhood partially because her grandfather co-founded the Big White Ski Resort in her native town. She progressed in alpine skiing pretty fast and in 2008, she was called to the Women’s National Development Team of Canada.

In 2009, the athlete decided to try freestyle skiing and got interested in ski cross. A curious fact is that Kelsey has some rituals like many other athletes. For example, she taps her poles twice before getting in the start gate to concentrate on the race as well as keeps a silver dollar sewn in her racing suit. 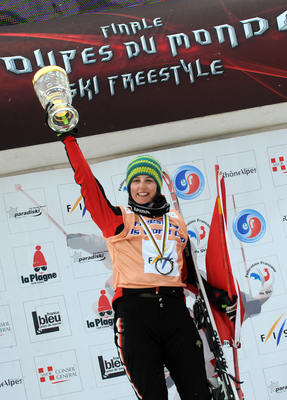 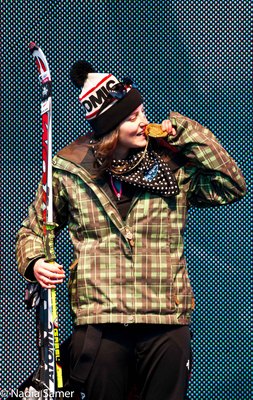 Kelsey Serwa debuted at the Winter Olympics in 2010 Vancouver. She finished 5th. In 2014 Sochi, she gained her first medal, a silver one in ski cross.

In 2018 PyeongChang, Kelsey claimed her first Olympic gold. After the final, the freestyle skier shared her emotions: “Everything today went perfect. For it to end up with an Olympic gold and my teammate and best bud (Brittany Phelan) to be silver is absolutely incredible”.

All in all, Kelsey Serwa turns out to be a very strong personality. Despite having several injuries and health problems, the athlete managed to win several World Cup races, World Championships, X Games and Winter Olympics. Serwa is a great example to follow for young athletes, who inspires to be a fighter no matter what obstacles may be on your way to the aims.