Anna Gasser is a unique athlete. She started to practice snowboarding only in 2010, but already in 2013, she started to show incredible results. By her latest victories at the World Championships, World Cup, Winter X Games and, of course, Winter Olympics, she proved that she is a really talented and skilled athlete. 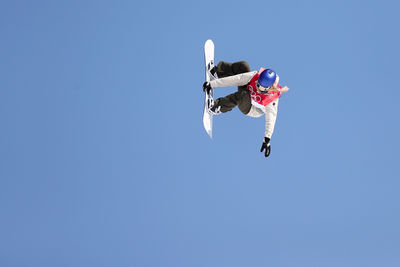 Anna Gasser was born on August 16, 1991, in Villach, Austria. In childhood, she did gymnastics, but decided to quit it at the age of 15. In 2010, she got interested in snowboarding. Just a few days after getting on a board, Anna decided to be a professional.

Gasser devoted so much time to snowboarding than she even missed some classes at school. After finishing school, the athlete went to the United States and trained there for a year. However, she didn’t know that in 3 years, she will improve her skills so much to become the first woman to land a Double Cork 900. 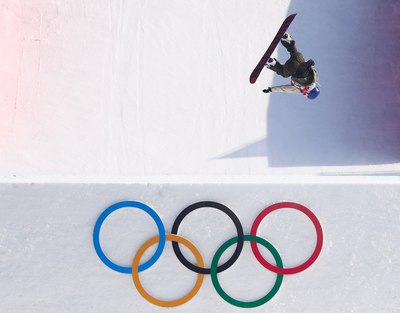 Anna Gasser started to take an active part in snowboarding competitions in 2013. That year, she debuted at the World Cup in Copper Mountain in slopestyle and finished 40th. In a year, she already rose to her first podium, winning a bronze medal in slopestyle in 2014 Stoneham.

2017 Winter X Games were very successful for the snowboarder as she won a gold medal in slopestyle as well as silver and bronze in big air. At 2018 Winter X Games, she claimed gold in big air. 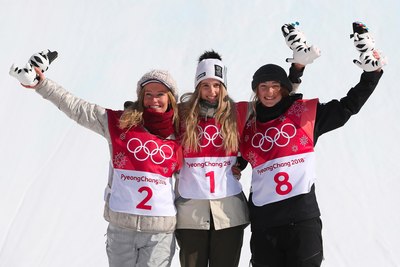 At 2014 Winter Olympic Games, Anna Gasser finished 10th in slopestyle because of falling during her final run. However, in 2018 PyeongChang, she claimed gold in big air and finished 15th in slopestyle. As the big air event debuted at the Winter Olympics in 2018, Anna became the first female Olympic champion in this discipline.

“I was like, 'I really have to step up my game', and I'm so thankful I landed the trick I had in mind and that it was enough to win the gold today”- Gasser said after winning her gold medal.

So, Anna Gasser is a wonderful example that it’s not necessary to do a certain kind of sports since childhood in order to reach great results. By winning a range of the most prestigious snowboarding competitions, she became a real candidate for the title of one of the best snowboarders in the world.