Serena Williams is an American tennis player, who is considered as one of the greatest tennis players and athletes ever. She is the winner of 39 Grand Slam titles, 5 WTA Tour Championships and an owner of 4 gold Olympic medals. 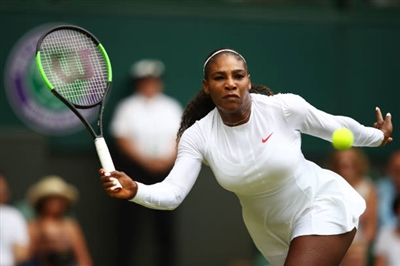 Serena Williams was born on September 26, 1981, in Saginaw, Michigan, USA. Her parents are tennis coaches while her elder sister, Venus, is also a tennis player. Serena started to play tennis at the age of 3.

She made the professional debut in 1995 at the Bell Challenge in Quebec. She won her first main-draw match at 1997 Ameritech Cup Chicago. In 1998, Williams debuted at the Grand Slam and gained her first victory, participating in Australian Open. That year, she gained the mixed doubles titles at Wimbledon and US Open as well as a doubles title in Oklahoma City, partnering with Venus.

In 1999, Serena won her first professional singles title at Open Gaz de France and her first Grand Slam title at US Open. She was also the winner of Evert Cup in singles and French Open, US Open and IGA Superthrift Classic in doubles.

In 2000, she was the champion at Faber Grand Prix and Toyota Princess Cup in addition to winning Wimbledon and Olympic Games in doubles. The following year, the athlete won Pacific Life Open, Rogers Cup and WTA Finals and was a doubles champion at Australian Open. 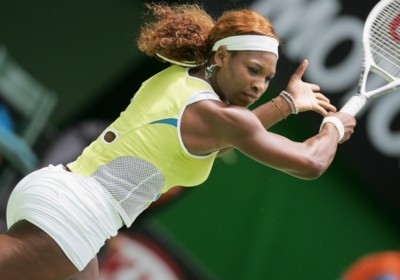 The titles at Miami Open and China Open were the only ones won in 2004. Within the next two years, the athlete gained only one title at Australian Open. Her resurgence started in 2007, when she won Australian Open and Sony Ericsson Open.

In 2008, Williams was the champion at US Open, Canara Bank Bangalore Open, Miami Open, Family Circle Cup, Wimbledon (doubles) and Olympic Games (doubles). The next season, she won singles and doubles at Australian Open and Wimbledon, US Open in doubles in addition to WTA Tour Championships.

In 2010, Serena defended the both titles at Australian Open and was the champion at Wimbledon in singles, Madrid Open and French Open in doubles. In 2011, she gained the titles at Bank of the West Classic, Canada Masters and the following year, the athlete won Wimbledon (singles and doubles), US Open, Family Circle Cup, Madrid Open, Bank of the West Classic, Olympic Games (singles and doubles) and WTA Tour Championships.

In 2016, the tennis player earned victories at Italian Open in singles, Wimbledon in singles and doubles. The following year, she became a champion at Australian Open, being already 5 weeks pregnant. In 2018, Williams returned to tennis and managed to reach the final at Wimbledon, proving to be in a very good shape.