Novak Djokovic is a Serbian tennis player, who is considered as one of the greatest players of all time. At the moment, he is #10 in the ATP ranking. Djokovic is the winner of 13 Grand Slam, 5 ATP Finals, 30 Masters 1000 and 12 ATP World Tour 500 titles. 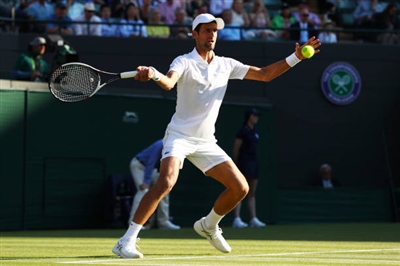 Novak Djokovic was born on May 22, 1987, in Belgrade, Serbia. He started to play tennis at the age of 4. At 14, he started to participate in international competitions and won European Championships. At the junior Grand Slam competitions, the Serbian showed the best result in 2004, becoming a semifinalist of the Australian Open.

Novak turned professional in 2003. Having won 3 Futures and 3 Challenger tournaments, he took part in his first ATP event at 2004 Umag. He made the Grand Slam debut at 2005 Australian Open. In 2006, the athlete reached his first Grand Slam quarterfinal at French Open as well as won his first ATP title at Moselle Open. 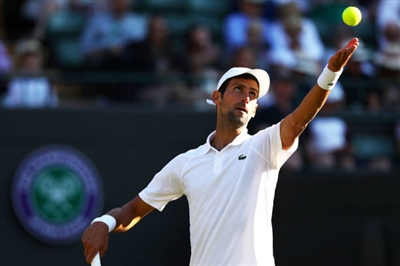 In 2007, Novak Djokovic reached the top 10 ATP ranking for the first time in his career. He won Miami Open, BA-CA Tennis Trophy, Rogers Cup and Estoril Open, reached US Open final as well as French Open and Wimbledon semifinals.

In 2010, he was the winner of Davis Cup, Dubai Tennis Championships, China Open and got to the US Open final. The following year, Novak gained 10 titles: Australian Open, Wimbledon, US Open, Dubai Tennis Championships, BNP Paribas Open, Sony Ericsson Open, Serbia Open, Madrid Open, Italian Open and Rogers Cup. Also, he was a finalist of Western & Southern Open and finished the season as the world #1 male tennis player.

In 2012, Novak Djokovic defended his title at the Australian Open and gained victories at Miami Open, Rogers Cup, China Open, Shanghai Masters and ATP World Tour Finals. In addition, he reached finals at French Open and US Open.

The following year, Novak earned victories at Australian Open, French Open, Indian Wells Masters, Qatar Open, Miami Open, Madrid Open, Rogers Cup and got to the final at US Open. In 2017, he won only two titles at Qatar Open and Eastbourne International. And in 2018, Novak Djokovic claimed the title at Wimbledon.