At the moment, Iivo Niskanen is one of the most successful Finnish cross-country skiers. He is the reigning Olympic and world champion. Clearly, his way to such good results wasn’t an easy one, but Iivo gradually reaches all his aims thanks to his talent and hard work. Want to know more about this Finnish athlete? Let’s go. 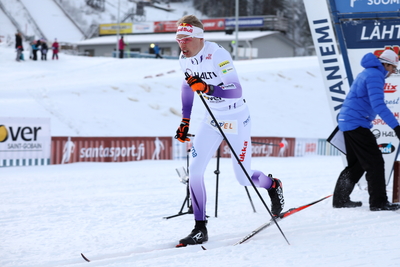 Iivo Niskanen was born on January 12, 1992, in Oulu, Finland. He started to practice sports in childhood and told that skiing was always his priority: “For me, skiing has always been my main focus. I always want to do things properly, so to make skiing my number one priority was an easy choice”.

Niskanen won many trophies at the junior level. However, the most precious one is a gold medal in 15 km classic at the U23 World Championships in 2014. In 2011, he was also a bronze medalist in relay at the Junior World Ski Championships. 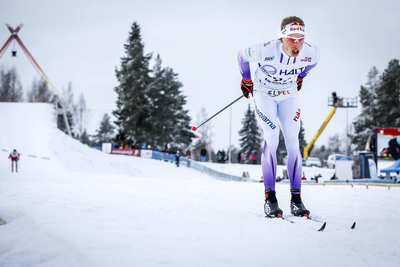 Iivo Niskanen debuted at the World Cup in 2010 Lahti, where he finished 11th in relay and was 66th and 70th in individual disciplines. In 2014 Ruka, the athlete gained his first victory in 15 km individual. In two years, he won his second gold medal in the same discipline. Iivo rose to the podiums 4 times more, winning 2 silver and 2 bronze medals.

In 2015, Iivo took part in his first World Championships and finished 8th in relay and 26th in 30 km skiathlon. At 2017 World Championships, he claimed gold in 15 km individual and bronze in team sprint. He was also 5th in relay. Participating in the Scandinavian Cup, the athlete won silver in 2013 and gold in 2017. 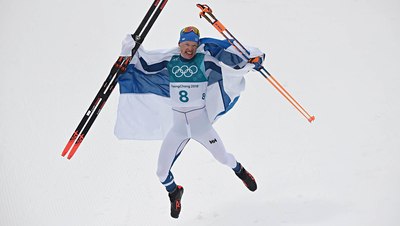 In 2018 PyeongChang, the cross-country skier claimed his first individual gold, winning the 50 km mass start event with the finishing time of 2:08.22.1. He finished 19th in 30 km skiathlon, 14th in sprint and 4th in relay.

The Finn commented his victory: “I hope it's the first but not the last. For me it's always hard to save energy to the end but today I managed to be first at the finish line… I could handle the pressure, everything went perfectly today and that's the result”.

Those, who watched the 50 km mass start event, must have noticed that Iivo switched skis in the final stage of the race. He explained that: “My tactic was to use the third- and second-best pair in the beginning of the race and leave the best pair at the end. My tactical plan was to wait and wait and use the better skis when it's possible and the best place to use them”.

So, you see that Iivo Niskanen doesn’t simply have a skiing talent. He wins the races, first of all, thanks to his hard work and great tactics.