Sebastien Toutant is a Canadian snowboarder, who is the reigning Olympic champion in big air and the first athlete, who gained that title as the event debuted at 2018 Winter Olympics only. Clearly, victory at the Olympics isn’t the only achievement the athlete can boast of. That’s why, let’s have a closer look at his career. 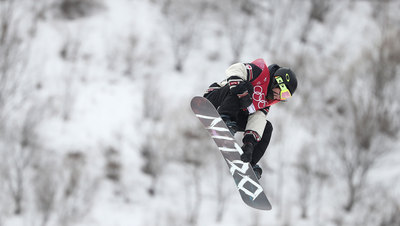 Sebastien Toutant was born on November 9, 1992, in L’Assomption, Quebec, Canada. He started to do snowboarding at the age of 9. Before, Sebastian liked to ski, but after breaking his skis, he borrowed his brother’s snowboard. He told that first he didn’t like snowboarding: “I went snowboarding and I hated it. I came back and I was like 'I just want to ski'. The next morning I went back up and caught the feeling of how to do it. The next day I was already jumping and I had discovered my new passion”.

Being 13 years old, Toutant won the Empire Shakedown’s Big Air competition in Canada. He became a real snowboarding sensation after that. In 2008, he started to compete at the international level. Sebastien Toutant made the World Cup debut in 2010 London. The same season, he gained his first gold medal in big air in Stockholm. In 2011 Stoneham, he won his second gold. At 2016 Copper big air event, Toutant became a silver medalist. In 2017 Quebec City, he won his first gold in slopestyle. 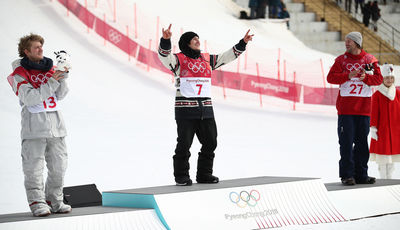 Making an Olympic debut in 2014 Sochi, Toutant finished 9th in slopestyle. In 2018 PyeongChang, he claimed gold in big air, earning 174.25 points. Also, he was 11th in slopestyle. A curious thing is that Sebastien kept his injury a secret during his performances in PyeongChang.

He told about that after his big air gold: “I just love snowboarding so much and I’ve been through so much lately. A couple of months ago, I couldn't even snowboard, so it definitely feels great that I'm able to ride at my best and to put the tricks down. To be able to show up and to show the world what I can do is just awesome”.

All in all, Sebastien Toutant has proved that he is a real fighter, who is ready to fight till the end even despite having health problems. He is an amazing example of strong and ambitious personality.