How John Isner Became One of the Best Tennis Players in the World?

John Isner is an American tennis player, who is currently ranked as #10 in the world with the best career ranking of #8 in July 2018. John is one of the best servers of the ATP World Tour. Also, he and Nicolas Mahut are the record holders of the longest professional tennis match in history, which lasted for 11 hours and 5 minutes within 3 days at 2010 Wimbledon. 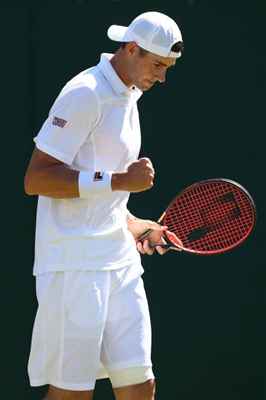 John Isner was born on April 26, 1985, in Greensboro, North Carolina, USA. He started the professional career in 2007. He gained his first title the same year at the Lexington Challenger. At the Legg Mason Tennis Classic, he gained his first victories over Top 100 players and earned wildcard entries into three more ATP tournaments: Cincinnati Masters, New Haven and US Open.

In 2008, the American reached #93 in the ATP ranking after being a quarterfinalist at the ATP event in San Jose. In 2009, he reached Top-40 after marking his first victory over a top-10 player (Gael Monfils) at the Indian Wells tournament and was called the ATP Most Improved Player. He also got to semifinal at ATP World Tour 500 event in Washington, quarterfinals at Heineken Open and US Men’s Clay Court Championships.

In 2010, John Isner earned his first ATP tour title at Heineken Open. He reached finals at Regions Morgan Keegan Championships and Serbian Open, semifinal at China Open. In 2011, he won Hall of Fame Tennis Championships and Winston-Salem Open. He got to the final at Atlanta Tennis Championships, semifinals at Legg Mason Tennis Classic and Masters 1000 in Paris, quarterfinal at Heineken Open and US Open (his first Grand Slam quarterfinal). 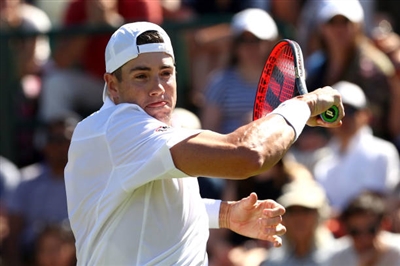 In 2013, John was the winner of US Clay Court Championships and was a finalist in Washington and Cincinnati. In 2014, the tennis player won Heineken Open, got to semifinals at Delray Beach International Tennis Championships, Indian Wells Masters and Atlanta Open, quarterfinal at French Open.

In 2015, he defended the title in Atlanta and reached the final of Citi Open, semifinals at Miami Open and Nice Open, quarterfinals at Mutua Madrid Open, Queens Club Championship, Rogers Cup and Paris Masters.

In 2016, John Isner’s main achievements were finals at Atlanta Open and Paris Masters, quarterfinal at Heineken Open. In 2017, he gained the titles at Dell Technologies Hall of Fame Open and Atlanta Open, being also at the semifinal at Italian Open, quarterfinals in Auckland, Memphis and Houston.

In 2018, the athlete won his first Masters 1000 title at Miami Open. He reached his first Grand Slam semifinal at Wimbledon in addition to being a quarterfinalist at French Open.