Sloane Stephens is an American tennis player, who is currently ranked as #4 in the world. She is the winner of 2017 US Open and 6 WTA titles. 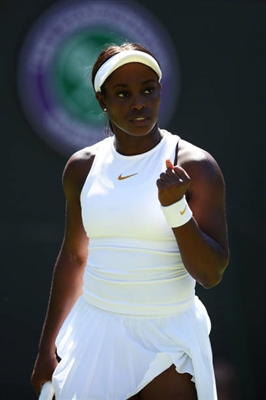 Sloane Stephens was born on March 20, 1993, in Plantation, Florida, USA. She started to play tennis at 9 and at 13 she already competed at the low-level events on the ITF Junior Circuit. Starting to participate in professional events in 2007, Sloane Stephens won her first title at 2008 Wichita event. The same year, she reached her first US Open final in doubles as well as was a semifinalist at the Orange Bowl.

In 2009, Stephens won her first tournaments: Grade 1 USTA International Spring Championships and Grade A Italian Open. She reached the junior French Open semifinal and Wimbledon quarterfinal before rising to #5 in the world junior ranking. In 2010, she was the winner of three Grand Slam events in doubles, partnering with Timea Babos. 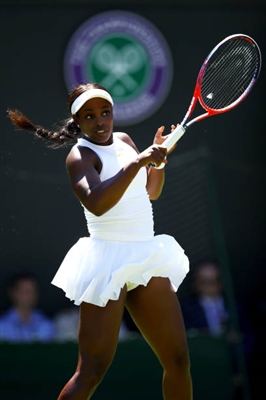 Since 2010, Sloane Stephens regularly participates in professional tennis tournaments. She made the WTA debut at 2010 Indian Wells Open. In 2011, she gained her first title at the Camparini Gioielli Cup as well as made her Grand Slam main draw debut at French Open. The same season, the athlete gained her first Grand Slam victory at US Open in addition to being at the quarterfinal at Southern California Open.

In 2012, the American reached her first WTA semifinal at Internationaux de Strasbourg and the fourth round at French Open. She also got to the semifinal at Citi Open. She entered the WTA top 50 ranking for the first time.

In 2013, Sloane got to her first Grand Slam quarterfinal at Australian Open and the second one at Wimbledon. Moreover, the tennis player was at semifinal at Hobart International and quarterfinal at Brisbane International. In October, she was already #11 in the WTA rankings, being the second-highest ranked American.

In 2016, the athlete gained three WTA titles at Auckland Open, Mexican Open and Charleston Open. In 2017, she won her first Grand Slam title at US Open, being the lowest-ranked US Open champion ever. In addition to being a doubles finalist at Citi Open, Sloane reached semifinals at Canadian Open and Cincinnati Open. That year, she was called WTA Comeback Player of the Year.

In 2018, Stephens won her first Premier Mandatory title at Miami Open and reached the top 10 ranking for the first time. She was a finalist at French﻿﻿﻿ Open, but lost to Simona Halep.