Rachel McAdams has closed a deal to reprise her role as Christine Palmer in “Doctor Strange in the Multiverse of Madness,” according to an individual with knowledge of the project.Benedict Cumberbatch will return as the sorcerer supreme in the upcoming sequel, and “Spider-Man” director Sam Raimi is set to direct.Benedict Wong and Chiwetel Ejiofor are […]

WandaVision Gets a January Premiere Date on Disney+

The list of reasons to get excited about 2021 just keeps getting longer.Disney+ has finally given us a premiere date for its first Marvel series, WandaVision, and we now know that we only have to wait until Jan.15 to figure out exactly what is going on in the photos and trailers for this oddball show.  […]

Elizabeth Olsen only appeared in one episode of Full House back in 1995, but the happy memories on set with her sisters have really stuck with her all these years.In fact, she has her sisters to thank for inspiring her nostalgic performance in WandaVision, which will drop on Disney+ this winter.Elizabeth told Entertainment Weekly that visiting […]

The stars were not the only ones getting rewarded at the 2020 Emmys.  Viewers were also treated to the first trailer for Disney+’s Wandavision, the latest trip to the world of the Avengers.Elizabeth Olsen and Paul Bettany return as Wanda Maximoff and Vision, but things are very different since we last saw them in Avengers: End […]

As Elizabeth Olsen put it, “It’s only fit to be mourning him like a king.” She was speaking of her beloved Avengers co-star Chadwick Boseman, whose death has shocked and devastated fans and colleagues around the world.The actor’s unexpected passing was announced in a statement shared on his social media accounts on Friday, Aug.28, which also revealed […]

Elizabeth Olsen has some new bling to show off! A source confirms to E! News that the 30-year-old star and her longtime boyfriend Robbie Arnett are engaged.After three years of dating, it seems the couple is ready to take their relationship to the next level.The Avengers: Endgame actress and her beau, who is the frontman for the […]

The long-anticipated finale of HBO’s Game of Thrones will be upon us, and it’ll be time for Emilia Clarke’s Daenerys Targaryen to answer for her fiery revenge.But there could have been another star tasked with portraying the tragic meltdown.In an interview with Vulture, Elizabeth Olsen — best known as Scarlet Witch in the Avengers movies […] 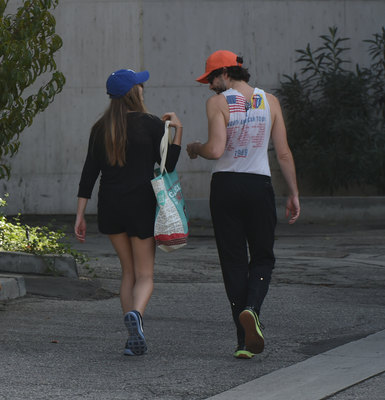 The mother of dragons could’ve looked a lot different and it might have been Elizabeth Olsen singing a song of ice and fire.The Avengers: Infinity Wars star revealed in an interview with Vulture that she auditioned for Game of Thrones way back when.  “When I first started working, I just auditioned for everything, because I like auditioning,” Olsen told the […]

Are Loki and Scarlet Witch Getting Their Own TV Shows?

Rumor has it Marvel’s Loki and Scarlet Witch are moving to the small screen.Variety reports that Disney plans to bring characters from the Marvel Cinematic Universe to its new streaming service, starting with the two Avengers favorites.And the even more exciting news? Early reports suggest that Tom Hiddleston and Elizabeth Olsen are coming along for […]