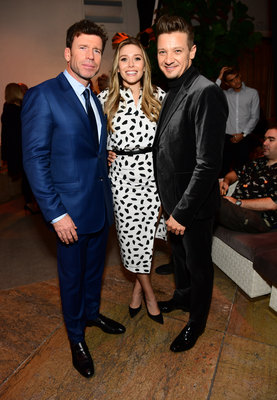 Elizabeth Olsen only appeared in one episode of Full House back in 1995, but the happy memories on set with her sisters have really stuck with her all these years.In fact, she has her sisters to thank for inspiring her nostalgic performance in WandaVision, which will drop on Disney+ this winter.Elizabeth told Entertainment Weekly that visiting […]

The stars were not the only ones getting rewarded at the 2020 Emmys.  Viewers were also treated to the first trailer for Disney+’s Wandavision, the latest trip to the world of the Avengers.Elizabeth Olsen and Paul Bettany return as Wanda Maximoff and Vision, but things are very different since we last saw them in Avengers: End […]

Ambition.pic.twitter.com/u2AVWK1u5c- The Crown (@TheCrownNetflix) August 28, 2018Say hello to the new Prince Philip! Tobias Menzies is taking over the role of Queen Elizabeth II’s prickly husband in The Crown season three from season one and two’s Matt Smith.The new season of the Netflix royal drama has recast all the major players in the series so […]

The Force Is Strong at the Star-Studded La Premiere of Solo: A Star Wars Story

The La premiere of Solo: A Star Wars Story went down on Thursday night, and you better believe the cast showed up in style.Donald Glover, Alden Ehrenreich, Emilia Clarke, Phoebe Waller-Bridge, Paul Bettany, and Joonas Suotamo all turned heads on the red carpet, while Thandie Newton was accompanied by RuPaul.To make matters even more exciting, […]

Jennifer Connelly has been a Hollywood mainstay since the early ’80s, starring in movies like Mulholland Falls, Requiem For a Dream, and A Beautiful Mind, for which she won an Academy Award in 2002.Her dark hair, thick eyebrows, and sultry smile have caught the attention of cameras and the public and made her a fashion […]