The Crown has found its final Princess Margaret in Lesley Manville.For the fifth and final season, Manville will take over the role of Queen Elizabeth II’s sister from Helena Bonham Carter who took it over from Vanessa Kirby.I could not be happier to be playing Princess Margaret.The baton is being passed on from two formidable […]

The Crown Returns for Season 3: What You Need to Know About the New Cast

The queen is back on Netflix.The Crown returns for its third season on Sunday, Nov.17 with a completely new cast.Gone are Claire Foy, Vanessa Kirby and Matt Smith, in are Olivia Colman, Helena Bonham Carter and Tobias Menzies.Colman and Co.will be the royals for seasons three and four as the series continues to tell the […]

The Crown Season 3 (Sort of?) Has a Premiere Date

Viewers last checked in with The Crown, Netflix’s Emmy-winning royal drama, in December 2017.It’s been nearly two years since we got a new helping of the historical drama about Queen Elizabeth II! That’s about to change.The third season of The Crown, which has been in production for some time, will drop in November 2019, according […]

The Crown’s Vanessa Kirby Addresses Catwoman Rumors: ‘It Would Be a Dream’

The Crown‘s Vanessa Kirby as Catwoman? The actress isn’t complaining about the casting rumors.The 31-year-old British actress spoke to Entertainment Tonight about rumors that she was the new Catwoman after Robert Pattinson landed the role of Bruce Wayne in Matt Reeves’ The Batman.“I don’t know anything about it,” Kirby told the news outlet, although she […] 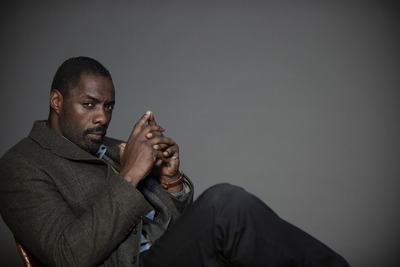 After getting the first badass look at Hobbs and Shaw, the second trailer is here.And it’s even more jam-packed with action.Following a deluge of approximately one trillion behind-the-scenes photos, some official portraits, and drooling over every casting announcement, the latest glimpse of the Fast and Furious spinoff doesn’t disappoint.Luckily, it seems to have the same […]

Ambition.pic.twitter.com/u2AVWK1u5c- The Crown (@TheCrownNetflix) August 28, 2018Say hello to the new Prince Philip! Tobias Menzies is taking over the role of Queen Elizabeth II’s prickly husband in The Crown season three from season one and two’s Matt Smith.The new season of the Netflix royal drama has recast all the major players in the series so […]

Imagine Vanessa Kirby’s surprise when, in the spring of 2017, she was romantically linked to Tom Cruise, her co-star in Mission: Impossible — Fallout (in theaters July 27).Kirby had been in a relationship with actor Callum Turner for about two years, but the tabloids seemed to forget that detail after she was photographed kissing Cruise […]

Bow Down: Helena Bonham Carter Is Officially Playing Princess Margaret on The Crown

A post shared by Vanessa Kirby (@vanessa__kirby) on Jan 13, 2018 at 1:44am PstHelena Bonham Carter’s casting on The Crown is official! There have been rumors about her joining the royal drama as the rebellious Princess Margaret for months now, but Netflix finally sealed the deal on Thursday when it was announced both she and […]

One of the most bittersweet moments in all of The Crown’s stunning second season – of which there are many – is Princess Margaret’s highly anticipated wedding to Antony Armstrong-Jones.The union of the couple, played perfectly by Vanessa Kirby and Matthew Goode, is quietly, politely frowned upon by Queen Elizabeth II (Claire Foy), her husband, […]

Claire Foy Talks ‘The Crown’ Pay Gap: ‘You Can Be Your Own Advocate’

More than 20 minutes into Friday’s “The Crown” panel, it seemed the cast would never address the royal elephant in the room.But then Vanity Fair’s Krista Smith asked her final question: What about the pay gap?Amid a media storm surrounding reports that Matt Smith, who plays Prince Philip, received a higher salary on the series […]