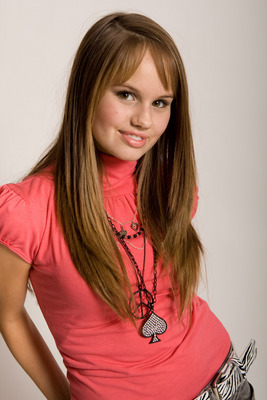 It's not a new year yet, but Debby Ryan was ready for a new 'do.

The Insatiable actress debuted a dramatic makeover on Instagram on Sunday, Nov.

While the former Disney Channel star didn't chop all of her hair off, she did reveal a bold look and appeared to get a shag hairstyle.

"Also cut a bunch of hair off my head last month or whenever," Debby cheekily captioned her Instagram, alongside a series of images and videos of her fresh chop.  The mastermind behind the 27-year-old star's effortless 'do was none other than celebrity hairstylist Kristin Ess, who frequently works with Lauren Conrad, Lucy Hale and many stars.

"Girl, after all those projects...