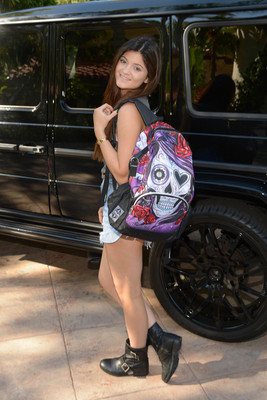 The Bachelorette alum and Kylie Jenner's Bff were spotted spending time together again on Monday, Nov.

Tyler and Stassie were joined by a group of their pals at the NFL game, including Kendall Jenner, Bachelorette alum Dylan Barbour, and the star of the upcoming Bachelor season, Peter Weber.

Kendall's friends Fai Khadra and Victoria Villarroel were also in attendance at the football game.

"Tyler and Stassie met up at the Rams game yesterday and were with a huge group," a source tells E! News, adding that they arrived...