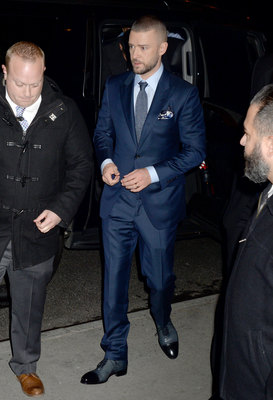 Justin Timberlake knows how to craft a hit.

Ever since the pop star first went solo nearly 20 years ago, leaving behind iconic boy band Nsync with debut solo album Justified in 2002, he's delivered a laundry list of material that's served as the soundtrack of our lives.

It's amounted to a discography that most other pop stars would kill to have created.

And there's more where that's come from.

Ahead of the superstar's 40th birthday on Jan.

31, he virtually stopped by The Tonight Show for a chat with Bff Jimmy Fallon.

While there to promote his new Apple TV+ film Palmer, he let slip that a new album just might be on the way.  "There's a possibility," he said when asked...

Michael K. Williams Was Widely Expected to Win His First Emmy Even Before His Tragic Death

Michael K. Williams Dies: Star Of ‘The Wire’ And ‘Lovecraft Country’ Was 54