The Truth About the Absurdly Charmed Life of Tom Brady 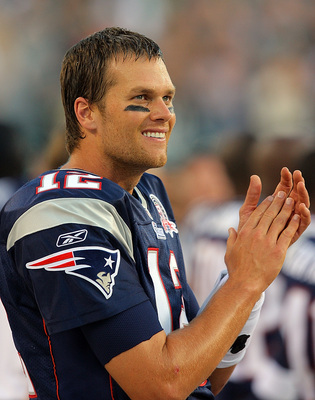 But the Goat doesn't care which field he grazes in, so long as he's well fed.

Tom Brady just played in his 10th Super Bowl, winning his seventh ring and first with the Tampa Bay Buccaneers, which hadn't even been to the postseason since 2007—a time span in which Brady's New England Patriots hoisted the Lombardi Trophy three times.

But last spring, the 43-year-old quarterback left Massachusetts for Florida, his favorite tight end Rob Gronkowski came out of retirement to join him, and the sun has been shining on the Bucs ever since.

They're even the first NFL team to get to play on their own field, Tampa's Raymond...