One man down, two to go.  Zac Efron has been cast as one of the leads in a remake of Three Men and a Baby for Disney+, and as thrilling as that is, we have to ask: Who are the other two men?!  In the 1987 film, which was directed by Leonard Nimoy, Ted Danson, Tom […]

A Star Is Born: If You Don’t Know This Guy, You’re Crazy, Because He’s in Everything

If Bradley Cooper’s (also known as Jackson Maine) manager in the new A Star Is Born movie looks familiar to you, there’s a good reason.Bobby Maine – Jackson’s older brother who also acts as his manager – is played by Sam Elliott, and this veteran actor has been in more TV shows and movies than […]

Get to Know the New Magnum P.I. With “I Mustache You a Question”

There’s a new Magnum P.I.in town.Jay Hernandez is taking over the role of Thomas Magnum in the 2018 remake of the Tom Selleck and it’s a new show, things will be different, including the facial hair.”Tom Selleck established it.He made it his, we’ve got to do something a little different,” Hernandez said about his lack […]

Tom Selleck Is No Longer On NRA Board Of Directors, Remains A Member

Tom Selleck is departing from the National Rifle Association’s board of directors.Related: Donald Trump Says Murder Victim Looks Like Tom Selleck The “Blue Bloods” actor’s publicist confirmed the news to Reuters on Wednesday.“Tom Selleck has stepped down from the board of the NRA due to his work schedule,” Annett Wolf said in a statement.Despite stepping […]

John Hillerman, the actor who made a career out of playing snooty types, including Tom Selleck’s fastidious estate caretaker Jonathan Quayle Higgins III on Magnum, P.I., died Thursday.He was 84. Hillerman, who received four Emmy nominations in consecutive years for portraying Higgins and won in 1987, died at his home in Houston, family spokeswoman Lori […] 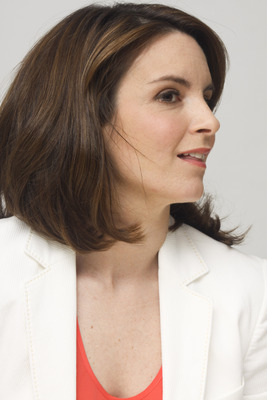 Tina Fey just got one over on Kathy Lee Gifford.In an interview with “Unbreakable Kimmy Schmidt” star Tituss Burgess on Monday, Gifford had complained that everyone from the show had appeared as a guest on “Today”, except Fey, the show’s creator.Related: Kathie Lee Gifford And Tom Selleck Recreate Their Iconic ‘Live!’ Kiss 20 Years […] » […]