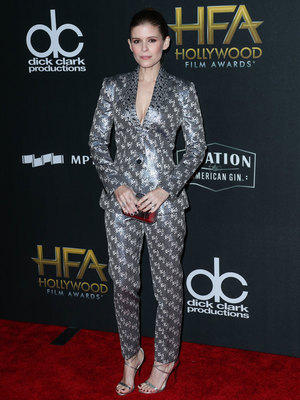 To an outsider, it might seem like Kate Mara struck gold when she was cast in Fantastic Four.

Her role as the first female superhero for Marvel came soon after her breakout in House of Cards.

Fantastic Four allowed her to work alongside A-listers Miles Teller and Michael B.

Jordan on set. Plus, she even ended up meeting her now-husband Jamie Bell, who played The Thing to her Invisible Woman.

But Kate recently revealed that she actually had a "horrible experience" while making the 2015 film.  She told the Emmy Magazine, "I've never talked about it before.

I married one of my co-stars, so I don't regret...