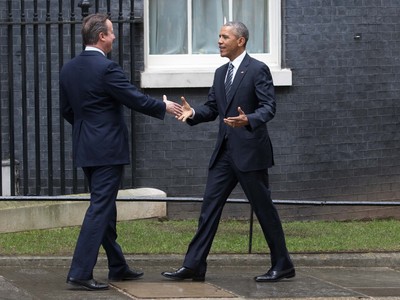 Don't even try to test Barack Obama on Rihanna's catalog.  The former president was a guest on The Tonight Show on Friday, Dec.

4, where he and host Jimmy Fallon were reminiscing about their "Slow Jam the News" segments from previous episodes.

Jimmy remembered that during a June 2016 visit, the host wanted Barack to "stiffly" sing the chorus to Rihanna's 2016 smash hit "Work." But the politician wanted to sing the part in a looser fashion that is more similar to how the singer herself performs it.

When Jimmy seemed to imply on Friday's episode that he was relieved that Barack was convinced to give the more stilted rendition, the A Promised...

Jimmy Hayes’ Widow Kristen Reflects on “Hardest, Worst Month” of Her Life After His Death