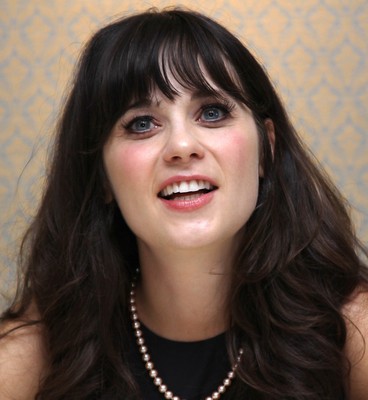 21, the superstar singer dropped her new "Not the End of the World" music video, during which the New Girl alum accidentally gets abducted by aliens.

In the beginning of the visual, shot by directing duo Similar But Different, we see new mom Perry pushing her baby in a stroller. Then, when a stuffed animal falls out of the stroller, Deschanel hops off a bench to retrieve it.

At that exact time, the aliens who had been tracking Perry accidentally abduct Deschanel.

As fans of the stars know, Perry and Deschanel are among the many celeb look-alikes and have been mistaken for each other over the years.