Why Are Daniel Bryan & Artem Chigvintsev Acting So Strange on Total Bellas? 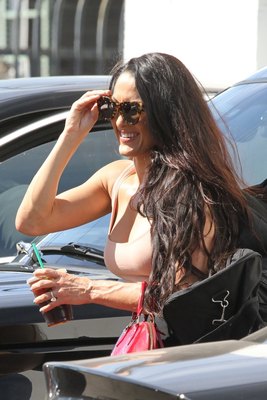 Where in the world are Daniel Bryan and Artem Chigvintsev? As far as Brie Bella knows, the pair is "off-grid," as her husband (born Bryan Danielson) randomly texts her in this sneak peek of tonight's all-new Total Bellas.

That, along with equally confusing messages that read, "I am father, you are mother," and "So hungry.

No food."  After Brie explains the texts to her and Nikki Bella's mom, Kathy Colace, Nikki herself joins them and reveals her fiancé Artem is sending "weird texts" too: "He wants to name Matteo's middle name, like, Wolf." The twins are perplexed because these sound like drunk texts, but Bryan doesn't drink.