Football World Cup 2018 will be the 21st World Cup, held by FIFA. It will take place in Russia from 14 June to 15 July. 32 national teams will compete for the right to become world champions. The preparation for this event started long ago and now, all the world waits for the matches start, thinking what team they will supoort and buying football posters.

So, let’s have a closer look at the upcoming Football World Cup and find out who are the participants and when the matches will take place. The official mascot for Football World Cup 2018 is a wolf, called Zabivaka (which means the one who scores in Russian). The mascot was presented on 21 October 2016, after being chosen by Internet voting.

The wolf features brown and white wool and wears a blue and white T-shirt and red shorts as well as orange sport glasses. The colors of his clothing, which are white, red and blue, are the colors of the Russian national flag. 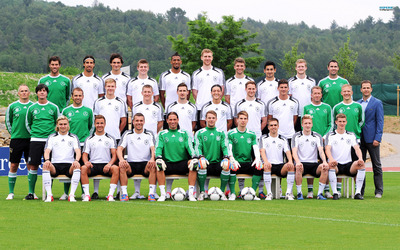 As we have already told, 32 teams will compete in Russia, which are the Russian national team and the teams, which turned out to be the best in 2018 Football World Cup Qualifiers. Among them are defending champions Germany, which won the title in 2014, and 2016 European Champions Portugal. The national teams of Iceland and Panama will be debutants of the FIFA World Cup.

Here is the full list of competitors, divided by groups: All the participant teams of World Cup 2018 will get the money prizes. The winners will earn $38 million, runners-up - $28 million, the third place - $24 million and the fourth place - $22 million. The teams, which will get to the round of 16 will gain $16 million each and the rest of the teams will earn $8 million each. After all the group matches are over, 16 teams, 2 of each group, will continue the competitions. The team’s success depends on the points, goal difference and number of goals, scored in all group matches.

The group stage will take place from June 14 to June 28. And here is the schedule of the matches:

Starting from this stage, all the games are of knockout kind. If the match ends with a level score, extra time is played. If the winner remains unclear, everything is decided by a penalty shoot-out series.

Round of 16 will last from June 30 to July 3. The matches will be held between:

8 teams will get to the quarter finals and will have their games on July 6 and 7.

All in all, the Football World Cup 2018 is a great event, which has already attracted the attention of the entire world. We are looking forward for the start of the competitions and believe that the strongest ones will win.