What You Need to Know about Caroline Wozniacki?

Caroline Wozniacki is a Danish tennis player, the winner of 29 WTA singles and 2 WTA doubles titles, including 2018 Australian Open. She is former #1 in the world, currently being ranked as #2. She is the first woman from a Scandinavian country to hold the top ranking position. 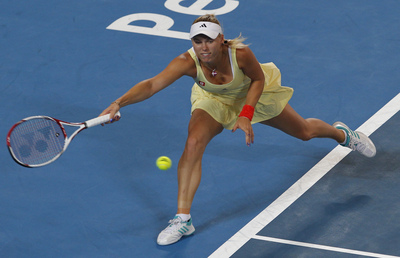 Caroline Wozniacki was born on July 11, 1990, in Odense, Denmark. In 2005, having won several junior tournaments, including Orange Bowl, she made the WTA debut at Western & Southern Financial Group Women’s Open.

In 2006, she was a finalist of junior Australian Open and reached her first WTA Tour quarterfinal at Regions Morgan Keegan Championships and later at Nordea Nordic Light Open.

She was the winner of Liverpool International Tennis Tournament, Wimbledon girls’ tournament, Istanbul Open and Osaka Mayor’s Cup. In 2007, Caroline won the titles in Ortisei and Las Vegas as well as reached the semifinal at AIG Open.

In 2008, the Danish won her first WTA Tour singles titles at the Nordic Light Open and Pilot Pen Tennis as well as China Open title in doubles. Also, she was the winner of AIG Japan Open Tennis Tournament, Nordea Danish Open and got WTA Newcomer of the Year award. 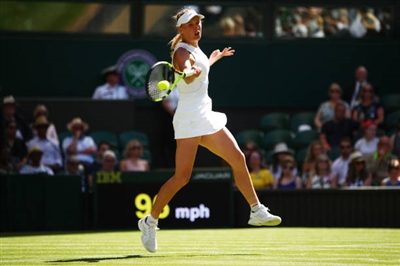 In 2009, Wozniacki gained the titles at the MPS Group Championships and Aegon International in addition to defending the title at Pilot Pen Tennis. She reached the final at US Open, being the first Danish woman to reach a Grand Slam final, and was a finalist at Cellular South Cup (gaining also the title in doubles), Family Circle Cup, Mutua Madrid Open and Swedish Open.

Among the 2011 titles of the athlete are the ones at Dubai Tennis Championships, BNP Paribas Open, Family Circle Cup, Brussels Open and New Haven Open at Yale. Moreover, she was a finalist at Porsche Tennis Grand Prix.

In 2012, Wozniacki was the winner at Korea Open and Kremlin Cup as well as a finalist at Tournament of Champions. The title at BGL Luxembourg Open was the only one, earned by the tennis player in 2013. However, she also reached the final at BNP Paribas Open. In 2014, Caroline Wozniacki won Istanbul Cup and got to the finals at US Open, Toray Pan Pacific Open.

In 2015, the athlete was the winner of Malaysian Open and a finalist of ASB Classic and Porsche Tennis Grand Prix. In 2016, Wozniacki gained titles at Toray Pan Pacific Open and Hong Kong Open.

In 2018, the Danish became a champion at Australian Open, gaining the first Grand Slam title in her career, in addition to the title at Eastbourne International. She was also a finalist at Auckland Open.