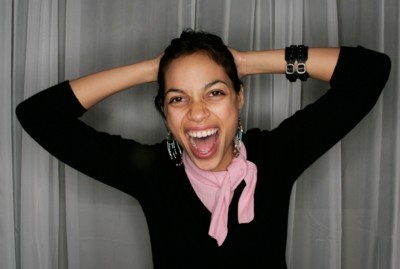 Rosario Dawson is showing love for her man during his week of wins.

During a virtual appearance with Jimmy Kimmel Live, the actress crashed her longtime boyfriend and U.S Senator Cory Booker's interview in the most adorable way.

While discussing the recently legalized recreational use of cannabis in the state of New Jersey—legislation the congressman spear-headed—host Jimmy Kimmel asked Cory if he'll be celebrating (wink emoji) the victory.

Immediately, Rosario hopped in the camera and responded, "I might!" Cory laughed, "I don't know what she was more excited to do, vote for me as a new New Jersey resident or vote for marijuana.