Two Marriages Down: The Significance of the Latest Divorces Roiling the Royal Family 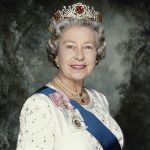 For a family so fundamentally averse to divorce, the royals sure do a lot of divorcing.

Queen Elizabeth II could have used a PR break after an already disconcertingly eventful start to the new year.

But just as the dust was seemingly starting to settle around the smoldering crater left when Prince Harry and Meghan Markle blew up their position within the royal family, there came word that another implosion was taking place nine spots down the line of succession.

Some months after privately separating, Peter Phillips, son of Princess Anne and the queen's eldest grandchild, confirmed that he and wife Autumn Phillips are getting divorced after 12 years of marriage.