Dominic Thiem is an Austrian tennis player, who is considered as one of the best players in the world today. He reached the highest ATP ranking of #4 in November 2017 and was a finalist of 2018 Roland-Garros. 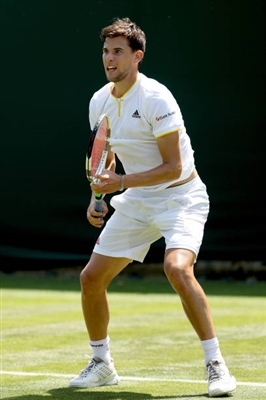 Dominic Thiem was born on September 3, 1993, in Wiener Neustadt, Austria. At the age of 9, he started to be coached by Gunter Bresnik. He reached #2 in the ITF Junior world ranking. In 2011, Dominic reached the final at the French Open boy’s event, but lost to Bjorn Fratangelo.

Before completing his junior career and switching to senior competitions in 2012, Thiem won his last three singles tournaments, including Dunlop Orange Bowl. 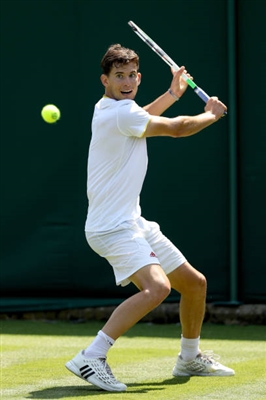 The Austrian tennis player recorded his first ATP victory in 2011 Vienna. In 2013, he got to the quarterfinals at Bet-at-home Cup Kitzbuhel and Erste Bank Open.

At 2014 Australian Open, Thiem got a spot in the main draw and won in his first match against Martin Klizan, marking his first main-draw victory at a Grand Slam tournament. At 2014 BNP Paribas Open, he gained one of the most remarkable wins in his career, beating former world #6 Gilles Simon in the second round. The same year, at Mutua Madrid Open, the Austrian gained another great victory by beating world #3 Stanislas Wawrinka.

Moreover, in 2014, Dominic reached his first ATP World Tour 250 final at Bet-at-home Cup Kitzbuhel. He competed at his first US Open, where he reached the 4th round.

In 2015, Thiem won his first ATP World Tour title at Nice Open. The same season, he gained two more titles at Croatia Open Umag and Swiss Open Ghtaad. Also, the athlete got to the quarterfinals in Marseille and Miami Open as well as marked his first win at Wimbledon.

In 2016, Dominic won Argentina Open, Mexican Open, MercedesCup and defended his title in Nice. He was a finalist of Bavarian International Tennis Championships, but was defeated by Philipp Kohlschreiber. Also, Thiem got to the US Open final, but lost to Lucas Pouille. In addition, he reached the semifinals at the French Open, Brisbane International, Rio Open and Gerry Weber Open.

In 2018, Dominic Thiem won his 9th ATP Tour title at the Argentina Open and the 10th one at Lyon Open. The athlete reached his first Grand Slam final at the French Open, but lost to Rafael Nadal. At Mutua Madrid Open, he reached his second final in a row, but was defeated by Alexander Zverev. He got to the semifinal at the Qatar ExxonMobil Open as well as quarterfinals at Monte-Carlo Masters, Barcelona Open Banc Sabadell.