The Weeknd Calls The Recording Academy “Corrupt” Over Grammys Snub 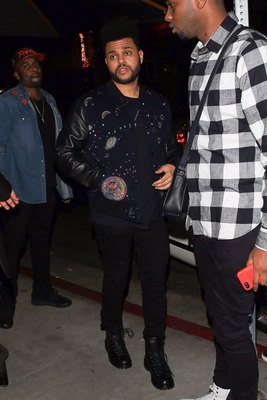 The Weeknd has a word or two about getting snubbed by the Grammys.  The biggest shocker of the 2021 Grammy nominations that were announced on Tuesday, Nov.

24, was the complete absence of The Weeknd and his massive album, After Hours.

Clearly, the artist himself was not pleased.

"You owe me, my fans and the industry transparency..." He certainly wasn't the only artist to question the nomination process.

Teyana Taylor posted the all-male list of the five nominees for this year's Best R&b Album and tweeted, "Y'all was better off just saying best Male R&b Album cause all I see is d--k...