Rafael Nadal is a Spanish tennis player, who is currently #1 male player in the world. He is the winner of 17 Grand Slam titles, 32 ATP World Tour Masters 1000 and 20 ATP World Tour 500 tournaments in addition to a gold medal at 2008 Olympic Games. 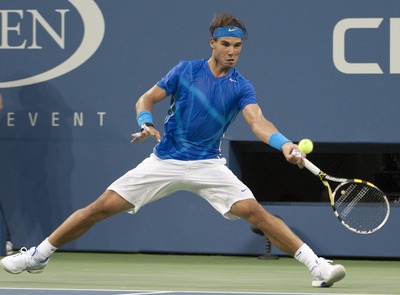 Rafael Nadal was born on June 3, 1986, in Manacor, Belearic Islands, Spain. He got engaged into tennis at the age of 3. At 12, he was the winner of Spanish and European titles in his age group.

Nadal became a professional at 15. In 2002, he won his first ATP match as well as reached semifinal of the Boy’s singles event at Wimbledon. In 2003, he won two Challenger titles and won the ATP Newcomer of the Year Award. In his debut Wimbledon tournament as a professional, the Spanish reached the third round, being the youngest man to do that since Boris Becker in 1984. 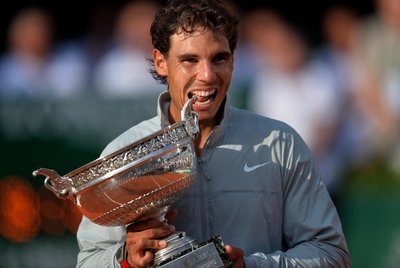 In 2005, Rafael Nadal won his first Grand Slam title at French Open, becoming the second male player to win French Open on his first attempt since Mats Wilander in 1982 as well as the first teenager to win the title since 1990. He also was the winner of Torneo Conde de Godo, Monte Carlo Masters, Rome Masters, Canada Masters, China Open and Madrid Masters.

In 2008, Nadal became an Olympic champion, being also the winner of Monte Carlo Masters, Barcelona Open, Masters Series Hamburg, Artois Championships, Gerry Weber Open and Rogers Cup. He earned two Grand Slam titles: the fourth one at French Open and the first one at Wimbledon.

Among the titles, gained by the Spanish tennis player in 2009, are Australian Open, Indian Wells Masters, Monte Carlo Masters, Barcelona Open and Italian Open. In 2010, he earned victories at French Open, Wimbledon and US Open, gaining the Career Grand Slam and being the first man to win these three tournaments in the same year since Rod Laver in 1969. That year, Rafael was also the champion at Japan Open, Capitala World Tennis Championship, Monte Carlo Rolex Masters, Italian Open and Mutua Madrid Open. 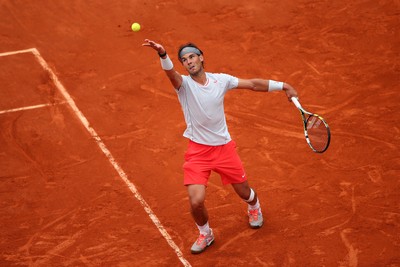 In 2018, Rafael Nadal won Monte Carlo Masters and Rome Masters, his record-breaking 31st and 32nd Masters titles, and became the player with the most Masters 1000 titles in tennis history. That year, he was also the champion at French Open and Barcelona Open.