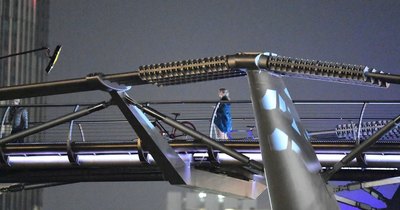 This is not folklore: Taylor Swift just received six nominations for the 2021 Grammys! On Tuesday, Nov.

24, it was announced that the superstar singer is up for numerous awards for her eighth studio album, folklore, including Best Pop Solo Performance for "cardigan," Best Pop Duo/Group Performance for "exile," Best Pop Vocal Album for folklore, Album of the Year, as well as Song of the Year for "cardigan." Swift was also nominated for Best Song Written for Visual Media for "Beautiful Ghosts" from Cats, which she wrote alongside Andrew Lloyd Webber.

These nominations come just days after the "cardigan" artist picked up multiple awards at the 2020 American Music...