The 74th annual Cannes Film Festival beat the odds by delivering two weeks of nonstop movies — and major stars such as Matt Damon, Regina King and Timothée Chalamet — in the middle of a global pandemic.It wasn’t an easy task.Variety has learned that the festival fronted more than $1 million to cover the costs […] 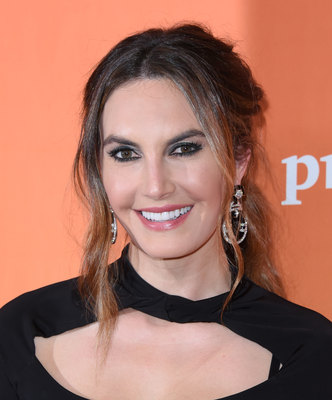 Elizabeth Chambers is weighing in on the recent drama surrounding ex Armie Hammer’s social media scandal.  The Hollywood Reporter reported on Thursday, Jan.28 that Call Me by Your Name director Luca Guadagnino and star Timothée Chalamet are in talks to reunite for a film adaptation of the Camille DeAngelis novel Bones and All.The project tells the story of […]

Cecily Strong is all of us in the promo for Saturday Night Live.In a newly-released promo, the comedian asks Timothée Chalamet to call her by his name, à la Elio and Oliver in Call Me By Your Name.The Dune star does as Cecily asks, with a hint of annoyance in his voice.  Meanwhile, Bruce Springsteen and The E Street Band watch the interaction, before […] 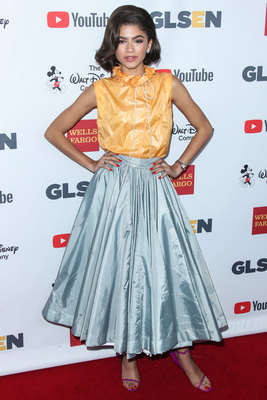 Zendaya exudes hope and positivity for her generation.During an Elle interview, conducted by her Dune co-star Timothée Chalamet, the Emmy Award winner discussed having hope in her peers, activists and “the people who are out there on the streets doing the work” and even the younger end of the Gen-z spectrum.”There is so much hope […]

Summer fling don’t mean a thing, and it seems that Timothée Chalamet and Eiza González’s short-lived romance didn’t last beyond the summer.Back in June, the couple took a picturesque five-day trip to Cabo San Lucas, Mexico, where they supposedly “couldn’t keep their hands off of each other.”  Timothée and Eiza flew on a private jet along with another couple, and were later […]

He’s never going out of style! Leave it to Timothée Chalamet to always look runway ready no matter where he is, which is why he’s one of the nominees in the 2020 E! People’s Choice Award Style Star category.Since becoming one of the entertainment industry’s biggest breakout stars, Chalamet has made an even bigger name for […]

Timothée Chalamet was on cloud nine during his vacation to Capri, Italy with then-girlfriend Lily Rose Depp.The young lovers were enjoying a romantic getaway following the premiere of their movie, The King, and they had no care in the world—or so they thought.The 24-year-old describes to GQ, “I went to bed that night thinking that […]

Friends leave friends thirsty comments.   Timothée Chalamet posted a selfie on Instagram Oct.13 and with over 3 million likes and 100,000 comments, the actor would expect a few overly excited reactions.However, one of those more questionable reactions was from fellow Hollywood star Armie Hammer.  “OoOOOoOoooo King S–t!!!!” the Mirror Mirror actor wrote under the photo, followed […]

Eiza Gonzalez is expressing remorse after photos of the actress in blackface resurfaced on social media this week.The pictures were taken in 2007, when the From Dusk Till Dawn star starred on the telenovela Lola, Érase Una Vez, which translates to Lola, Once Upon a Time.However, the actress’ old photos reappeared on Tuesday, when she and rumored boyfriend Timothée Chalamet were pictured vacationing […]

Many celebrities aren’t sitting around in silence any longer.In the last few days, stars participated in nationwide protests to stand in solidarity with the black community.The protests across the United States were not only in response to George Floyd’s death but also Breonna Taylor’s death, Tony McDade’s death, Ahmaud Arbery’s death and so many others in […]