Batman returns again.  Michael Keaton, who starred as the Caped Crusader in Tim Burton’s Batman films, is in talks to reprise the character for Warner Bro.’s DC movie, The Flash, E! News has learned. A source shared with E! News, however, that “it’s very early and it is far from a done deal.” According to multiple outlets, there are no […]

Alice in Wonderland didn’t need Tim Burton to turn the story into a bonkers trip down the rabbit hole.That’s how it popped out of Lewis Carroll’s head when he wrote the story 155 years ago.But Burton, naturally, put his signature stamp on the part-live-action, part-cgi’d-to-the-nines film, an eye-popping confection that directly employs more of the humor-tinged […]

Paul Reubens — creator and star of Pee-wee’s Playhouse and three Pee-wee Herman films — is going out on tour to celebrate the 35th anniversary of his 1985 breakout movie as Pee-wee, Pee-wee’s Big Adventure.Each tour date will be accompanied by a screening of the film — which marked the directorial debut for Tim Burton […]

Your Halloween dreams are about to come true.E! News can reveal Freeform’s Halloween House will return to Hollywood starting October 2 in celebration of the network’s 31 Nights of Halloween block of programming.This is the second year Freeform has mounted the Halloween House installation.This year, Freeform will bring to life everything from Hocus Pocus to […] 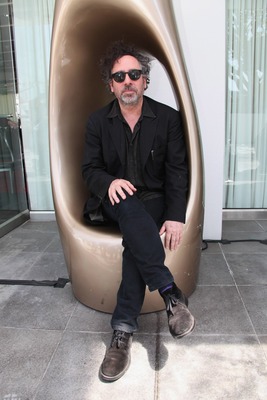 It was showtime for Catherine O’Hara on the Tony Awards red carpet Sunday night.The actress, 65, showed up at Radio City Musical Hall for Broadway’s biggest night wearing a black and white stripe gown reminiscent of one her character Delia Deetz wore in the 1988 comedy classic, Beetlejuice.Of course, the choice was intentional, as O’Hara […]

Cristi Conway is best known for playing Gotham’s eye-popping Ice Princess — who gets murdered in cold blood by the Penguin (played by Danny DeVito) — in Tim Burton’s 1992 Christmas classic “Batman Returns.” Guess what she looks like now!Read full article

The Dumbo Trailer Will Make You Tear Up – But What Else Would You Expect?

Disney is in the midst of remaking a ton of our favorite classics and among them is Dumbo, the tale of a baby elephant with ears so big he can fly.While many are unsure whether the classics need to be remade, there’s no denying the new trailer for Dumbo looks as cute as it does […]

Dumbo has come to life in a new live-action trailer of the beloved classic children’s story.Colin Farrell stars as Holt Farrier in the Tim Burton-directed film about an elephant named Dumbo born with oversized ears.Farrier travels to a circus at the behest of its owner Max Medici, played by Danny DeVito.Asked by Medici to care […]

Beetlejuice Turns 30: See the Cast Then and Now

Beetlejuice Musical Will Premiere in Washington D.C. Before Scaring Broadway

Did someone say “Beetlejuice on Broadway” three times?A musical adaptation of the 1988 Tim Burton film is heading to Broadway after making a stop at the National Theatre in Washington, D.C.for its pre-Broadway run in October, according to the New York Times.Similarly, the National Theatre hosted movie-turned-musical Mean Girls last year before The Plastics celebrated […]