Tues.Feb.9 Amanda Seyfried Honored By Santa Barbara Film FestivalAmanda Seyfried will be honored for her career and her performance in David Fincher’s “Mank” at the 36th Santa Barbara Film Festival.Seyfried, who recently received a supporting actress Golden Globe nomination, will be recognized with the Montecito Award at an April 9 ceremony.“Amanda gives one of the […]

Sylvester Stallone is joining the cast of “The Suicide Squad,” according to the standalone sequel’s director, James Gunn.A representative for Stallone also confirmed the news to Variety.Gunn took to Instagram on Saturday to make the announcement, writing opposite a selfie of him and Stallone: “Always love working with my friend @officialslystallone & our work today […]

Dealer’s Choice: Check Out the Cast of Las Vegas Then and Now

It’s been almost 17 years since NBC took a gamble on Las Vegas.The soapy prime-time drama starred Josh Duhamel as Danny, a former Marine who’s figuring out his personal life as he rises through the ranks at the Montecito Resort and Casino, a fictional high rollers playground that managed to pack in everything Sin City […] 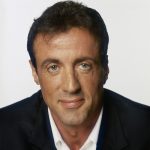 Sylvester Stallone sent a touching message to Nick Cordero.The Broadway star, who has been in a health battle for weeks following his Coronavirus hospitalization, woke up from a medically-induced coma just days ago.Cordero’s wife, Amanda Kloots, shared the news with followers on social media Tuesday.”Guys we might have to change our hashtag.Nick, dada, is awake!” Kloots […]

Sylvester Stallone is mourning the loss of his First Blood costar Brian Dennehy.The actor, 73, shared a photo of himself and Dennehy in the 1982 film on his Instagram account on Thursday, writing, “The great actor Brian Dennehy has passed away.”“He simply was A brilliant performer … He also was a Vietnam vet that helped […]

Hollywood Remembers Brian Dennehy And His “Larger Than Life” Roles

Brian Dennehy, who died Wednesday at age 81, was a Golden Globe and two-time Tony Award winner known for his memorable roles in films with memorable headliners, from First Blood alongside Sylvester Stallone to Tommy Boy starring Chris Farley.He also was a standout on the stage, winning two Best Actor In Play Tonys for revivals […]

What’s it like to cook for Al Pacino? Guy Fieri stopped by Pop of the Morning Tuesday to chat about his new Tournament of Champions premiering on Food Network March 4, but the co-hosts couldn’t help but ask the Diners, Drive-Ins and Dives host about his recent hang-out with Pacino, Sylvester Stallone and some other big-time […]

Sylvester Stallone, Arnold Schwarzenegger and Dolph Lundgren had an epic meeting that any action film fan would love to see on the big screen again.The three stars gathered on Friday with Stallone, 73, Schwarzenegger, 71, and Lundgren, 61, all sharing the spotlight in a selfie video shared on Instagram.“Men that refuse to grow up.Actually why […]

Stephen Verona, Writer/Director of ‘The Lords of Flatbush,’ Dies at 78 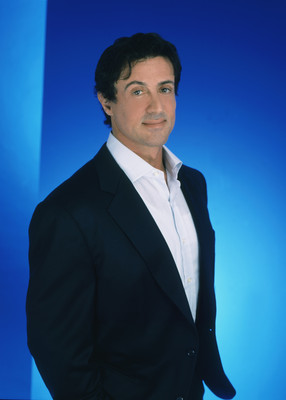 Stephen Verona, producer, co-writer and co-director of “The Lords of Flatbush,” died from lung cancer this past weekend in Los Angeles.He was 78.Released in 1974, “The Lords of Flatbush” follows four Brooklyn greasers in 1958 as they steal cars and pick up girls even as the looming specter of adulthood nears.The film helped launch the […]

Stephen Verona, who co-wrote, co-directed and produced The Lords of Flatbush, the 1974 film that provided a career boost for young actors Sylvester Stallone and Henry Winkler, has died.He was 78.Verona died Saturday at his home in Los Angeles after an 18-month battle with lung cancer, his wife, Ann, told The Hollywood Reporter.Verona also co-wrote and […]