Magic Johnson will always be grateful for his friendship with the late Kobe Bryant.  In a conversation with Ellen DeGeneres on her daytime talk show Nov.5, the NBA legend revealed one of his best memories with Kobe, his former Los Angeles Lakers teammate.After Ellen congratulated Magic on the Dodgers World Series win (the retired athlete is a part […]

On today’s lesson plan: Sending a big thank you to all the teachers out there.Day to day, they work tirelessly to prepare kids for just about everything life will throw their way.And, more recently, they have had to expertly pivot from face-to-face lectures to virtual classes as schools continue to remain closed amid the Coronavirus pandemic. So today, in honor of National […]

Here’s the tea we’re sipping this week on Just The Sip The Podcast: Ej Johnson Sets the Record Straight on Transitioning – Just The Sip 02/19/20 The #RichKids of Beverly Hills alum opens up about the type of men he’s attracted to and how he wants a man of substance.Johnson talks about coming for people […] 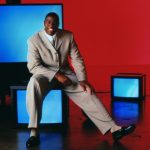 Just friends or something more? That’s what fans of Sean “Diddy” Combs are asking themselves after the music mogul was spotted with Lori Harvey this week in New York City.In pictures obtained by E! News, the pair enjoyed a midnight stroll in the Big Apple’s Soho neighborhood where they just so happened to be wearing […]

Don’t worry, Lakers fans — things may be a dumpster fire right now, but you still have Kobe Bryant …’cause Lance Stephenson tells TMZ Sports the Black Mamba is mentoring the team!! There’s been a lot of drama around the Lake Show lately …from failed coaching searches, Magic Johnson quitting and bombshell reports of dysfunction […]

Magic Johnson is strongly refuting an ESPN report that he bullied Lakers staffers during his time as an exec with the organization — saying, “it never happened.” Just hours after ESPN published the bombshell report, Magic appeared on SportsCenter to address it, explaining that if the allegations were true, he would’ve been called into Jeanie […]

Dodgers’ Justin Turner Defends Magic Johnson, ‘Been Great to Me’

Magic Johnson doesn’t have a reputation as a “bully” in the Dodgers organization — at least according to Justin Turner who tells TMZ Sports, “He’s been great to me.” Johnson has been under fire over an ESPN report which dove into the dysfunction within the L.A.Lakers organization — it painted Magic as a jerk who […]

Magic Johnson Crashes Lapd Roll Call, ‘It Made Our Day!’ 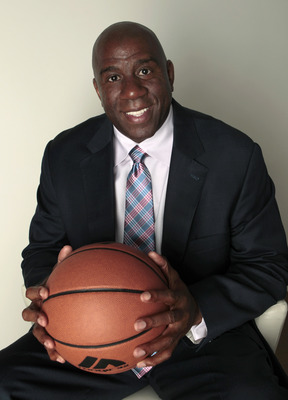 So, a bunch of Lapd officers were conducting roll call in Sherman Oaks, California on Tuesday — when all of a sudden Magic Johnson walks out of a supermarket and starts high-fiving the cops!  It all went down in front of a Gelson’s — where cops from the Van Nuys station met up for their […]

Magic Johnson has no regrets over how he resigned from the Los Angeles Lakers because he says he’s still doing what he’s always done …trying to help them win.The Lakers icon and former team president was out in Beverly Hills Saturday afternoon when we asked if he would have done anything differently now that he’s had […] 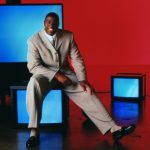 Cops nabbed a guy they say pulled the home invasion that forced Magic Johnson’s daughter to run for her life.Law enforcement sources tell TMZ … Lapd identified the suspect after reviewing surveillance video from the neighborhood where Elisa Johnson’s friends were renting a house back in December.We broke the story …2 armed men got inside the home and […]