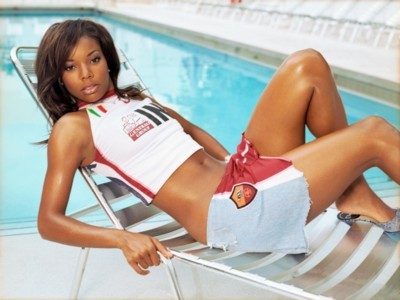 Gabrielle Union is about to have a lot of mouths to feed! The L.A.’s Finest star is teaming up with Black-ish creator Kenya Barris for a reimagining of Cheaper By the Dozen on Disney+, Disney announced during its Investor Day on Dec.9.The story “centers on a blended family of 12, navigating a hectic home life […]

Black-ish Is Getting Another Spinoff: Everything We Know About Old-ish

The eldest members of the Johnson family are gearing up for the spotlight.According to The Hollywood Reporter, ABC is developing old-ish, a new spinoff from black-ish creator Kenya Barris.It’s set to star Jenifer Lewis and Laurence Fishburne as Ruby and Earl “Pops” Johnson, mom and dad to Anthony Anderson’s Dre.In the series, which Barris will write and […]

Pharrell Williams is continuing to work towards making Juneteenth a nationwide paid holiday.The 47-year-old artist is partnering with Ellen DeGeneres, Kenya Barris, Van Jones, Global Citizen and Teneo to launch the Juneteenth pledge.The initiative calls on the private sector to help make Juneteenth a paid holiday in the United States.Business leaders are encouraged to sign […]

When Black-ish fans tune in to new spinoff Mixed-ish’s series premiere on Tuesday, Sept.24, they should recognize a very familiar voice when the show’s opening credits roll.And that’s because the series, the third in what ABC is calling creator Kenya Barris’ “ish” franchise, landed none other than Mimi herself, Mariah Carey, to perform the comedy’s […]

All 3 Generations of Shaft Make This Movie Trailer a Badass Mother- Shut Your Mouth!

John Shaft is back to his ass-whooping ways, but things have definitely changed since we saw him 19 years ago.While the first two Shafts are iconic for their badder-than-bad avenger ways, John Shaft Jr.is decidedly less trigger-happy and a lot less slick.According to Deadline, Jj, an MIT-graduated cyber security expert, seeks out his estranged dad […]

Black-ish star Marsai Martin is about to make history.The 14-year-old actress is gearing up to be the youngest executive producer of a major Hollywood movie in history.You read that right.She’s 14, and she’s out here making movies (and starring in them).Whew.She’ll bear the title when her film Little, starring Insecure’s Issa Rae and Girls Trip’s […]

Bewitched Reboot From Black-ish’s Kenya Barris in the Works

Another day, another reboot.Bewitched is the latest show poised to return to the small screen thanks to ABC.According to Deadline, ABC has handed out a pilot production commitment to a new take on Bewitched from black-ish creator Kenya Barris and Yamara Taylor.This was Barris’ last project with ABC Studios before signing a deal with Netflix.In […]

Tyra Banks on Body Shaming in the Fashion Industry: ‘My Pain Turned Me Into a Boss’

As Kenya Barris sent his oldest daughter off to her high school “grad night” celebration with a kiss, he wanted to make sure one thing was clear: She won’t be getting a car as a present.“If you want that jacket, then that’s what you’re getting.No asking for anything else,” he told Kaleigh, 18, of her […]