Pink Reveals Christina Aguilera Tried to Punch Her: ‘She Swung at Me in a Club’

Pink is not shy to admit that she and fellow singer Christina Aguilera have had their problems — so much so that they almost came to blows.The pop star, 38, told Andy Cohen on Watch What Happens Live that while the two have made amends since their feud in the early 2000s, their relationship was very […]

The show of a generation is ushering in a new era.  Trl, MTV’s flagship live show and the program that played a part in the careers of the millennium’s biggest stars, is on its way back into the pop culture zeitgeist.During the show’s decade on television, it gave up-and-coming stars like Britney Spears, Christina Aguilera, Beyoncé, […]

When it came to creating her new album, Tell Me You Love Me, Demi Lovato looked back at one of her childhood idols — Christina Aguilera — for inspiration.“I grew up listening to Christina Aguilera,” Lovato, 25, told People Sept.15 following a private performance in downtown Los Angeles for 50 of her Spotify superfans to celebrate the […]

Mexican beauty guru Etienne Ortega, one of the most sought after make-up artists, is responsible for creating looks for celebrities like Christina Aguilera, Kris Jenner, and Kate Beckinsale.People Chica spoke to him about his Latino roots and his latest project: an eyeshadow palette in collaboration with Pür.How has being Latino influenced your career?I was born […]

Everything You Need to Know About the 2017 MTV VMAs 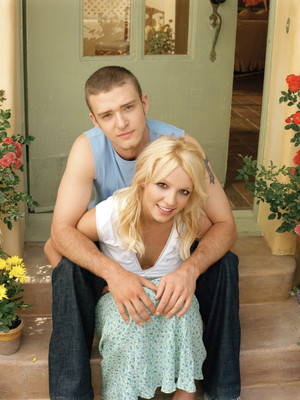 Madonna kissing Britney Spears and Christina Aguilera.Miley Cyrus twerking on Robin Thicke.Beyoncé opening up her jacket at the end of her performance to reveal her pregnancy.The MTV Video Music Awards are always filled with iconic moments.And this year is sure to add a handful of more to the canon. On Sunday, the 2017 VMAs will be broadcast […]

The MTV Video Music Awards are the perfect place to debut new music videos, songs and even significant others.  As the annual award show gears up for its 33rd ceremony on Sunday night, there’s plenty of jaw-dropping history to accompany MTV’s signature show.Whether it be Madonna writhing around as a sexy bride in 1984 or […]

Pink Says Her Feud with Christina Aguilera Is Over: ‘We’ve Made Amends’

Pink and Christina Aguilera Are No Longer Feuding: ”We’ve Made Amends”

Consider this pop star beef squashed.  Pink shut down a Twitter troll who didn’t agree with the 2017 MTV VMAs awarding the pop-rock star with its Michael Jackson Video Vanguard Award, along the way revealing she and Christina Aguilera have put their rivalry in the past.  It started when the social media user called the visual for 2001’s “Lady Marmalade” […]