Hollywood’s biggest stars gathered at the Dolby Theatre in Los Angeles on Sunday to celebrate the 2020 Oscars.After the final envelopes were opened, many of the A-listers headed to Vanity Fair’s after-party in Beverly Hills, Calif.to keep the good times rolling.  Of course, the stars dazzled on the red carpet.For instance, Cynthia Erivo, who was up […]

Everything You Didn’t See On TV at the 2020 Oscars

It’s all led up to this…the 2020 Oscars! In just a few short hours, the Dolby Theatre will roll out the red carpet and welcome inside dozens of the biggest celebrities for Hollywood’s most anticipated celebration of the year.And with expected appearances from stars like Brad Pitt, Charlize Theron, Tom Hanks and so many more, […]

Just like the coveted trophy itself, Charlize Theron is a staple at the Oscars.Making her red carpet debut at the star-studded event back in 1998, she has, year after year, wow us on the red carpet, proving to always be an easy choice for best dressed.(Perhaps an even better accolade than the golden statue?) Indeed, […]

Once upon a time…in Hollywood, Brad Pitt assumed he was just your average Joe.Yes, while attending the annual Oscars luncheon on Monday, the ever humble movie star chose to proudly wear a name tag on the breast pocket of his taupe suit.Worn like a badge of honor, the placard listed his moniker, of course, and […]

Nothing stronger than a mother’s love for her child.  Charlize Theron has had a successful, long career as a Hollywood movie star, but her favorite role yet is being a mom.The actress sat down with W Magazine’s podcast Five Things with Lynn Hirschberg podcast to talk about her life, career and family life in an in-depth chat.She’s […]

Inside the 2020 SAG Awards After-Party With Brad Pitt, Jennifer Aniston and More

The ceremony was just the start of the evening.At the 2020 SAG Awards on Sunday, Charlize Theron and Jennifer Lopez stunned on the red carpet while Joaquin Phoenix, Renée Zellweger and Phoebe Waller-Bridge took home the coveted Actor statues.Plus, Ton Hanks’ reactions once again stole the show and Parasite made history as the first foreign language film in the ceremony’s history to win Outstanding Performance by an […] 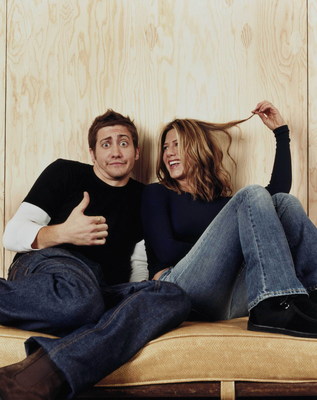 Oh, what a night! The 2020 SAG Awards brought us so many Omg moments on Sunday evening.From Jennifer Aniston and Brad Pitt’s backstage reunion to the chic red carpet style, it was almost too good to be true! And that’s everything that was just caught on camera.The award show, honoring the work of the artists […]

It’s no secret Charlize Theron is a big fan of The Bachelor.So we couldn’t help but ask the Bombshell actress about her reality show obsession at tonight’s 2020 SAG Awards! “Have you ever moved around an important meeting to watch The Bachelor?” E!’s Jason Kennedy asked the actress on the red carpet.”No, because it’s at […]

It’s time to welcome a new round of presenters for the 2020 Screen Actors Guild Awards!Sophie Turner, Steve Buscemi, Pedro Pascal and Jennifer Garner are joining the star-studded lineup of presenters for this year’s award ceremony, People can exclusively announce.Scarlett Johansson — who’s nominated for her roles in both Marriage Story and JoJo Rabbit — […]

Charlize Theron‘s children aren’t too excited about her Oscar nod.On Monday, the actress learned she was nominated for Best Actress for her role as Megyn Kelly in the Fox News drama Bombshell.And two days later, during an appearance on Jimmy Kimmel Live , Theron revealed that her kids August, 4, and Jackson, 8, weren’t very […]