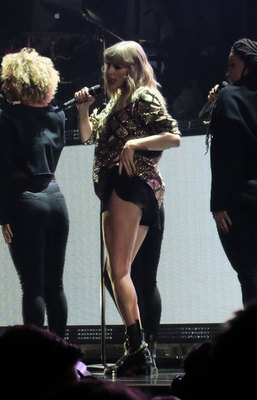 He knelt to the ground and pulled out a ring...or did he?!  Sorry, Swifties, but it looks like your ears are deceiving you. Sources tell E! News that the lyrics to Taylor Swift's newly re-recorded version of "Love Story" have not changed, despite speculation from fans who thought her re-recording of the 2008 hit hinted at a proposal from boyfriend Joe Alwyn.  A snippet from the track was heard for the first time on Dec.

2 in a Match commercial written by Ryan Reynolds.

Upon analyzing the song, some fans became convinced that Taylor changed the line "it's a love story, baby just say yes" to "baby just said yes." The implication, of course, is that Joe popped...