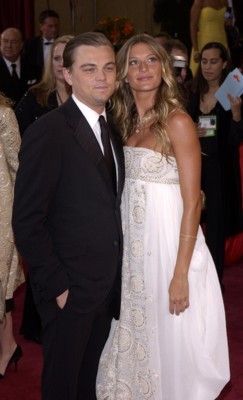 Who says you can't have a beach day in the fall? On Friday, Nov.

6, Leonardo DiCaprio, 45, was spotted at the beach in Malibu, Calif.

alongside friend and The Girl Next Door star Emile Hirsch, 35.

Both wearing swim trunks—Leonardo in a set of patterned gray and Emile in baby blue—the duo even hit the surely chilly waters.

It seemed like a bros day out as the friends were joined by others, including the Titanic star's dad, George DiCaprio.

The couple made their first public appearance in Aspen, Colo.

2018 and were in full-on Pda mode at Coachella a few months later, where...