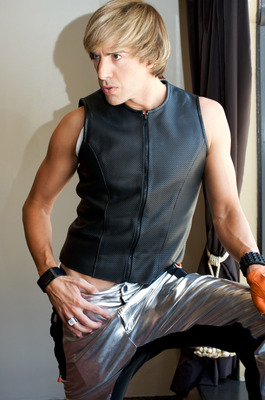 Turns out there’s a lot of room in that gray Borat suit.Sacha Baron Cohen, who celebrated wins for best actor and best picture motion picture comedy or musical for his “Borat Subsequent Movie Film” at the Golden Globes on Sunday, reflected in a backstage press conference about the fearless filmmakers at his side.“It’s wonderful recognition for me and particular for our incredibly hardworking crew,” Baron Cohen told journalists over Zoom.

“People who really risked their personal safety, arrest — there were times I had to wear a bulletproof vest.

There were really dangerous situations.”Baron Cohen has spoken at length about the arduous shoot, which saw cameras rolling up to three weeks before the film’s Amazon Prime release last October.

In both Globes acceptance speeches, the actor took jabs at Donald Trump and his advisors — including Rudy Giuliani, who became one of the most viral punchlines of “Subsequent Movie Film.