Admiral Sir Richard Goodwin Keats (16 January 1757 – 5 April 1834) was a British naval officer who fought throughout the American Revolution, French Revolutionary War and Napoleonic War. He retired in 1812 due to ill health and was made Commodore-Governor of Newfoundland from 1813 to 1816. In 1821 he was made Governor of Greenwich Hospital in Greenwich, London. Keats held the post until his death at Greenwich in 1834. Keats is remembered as a capable and well respected officer. His actions at the Battle of Algeciras Bay became legendary. 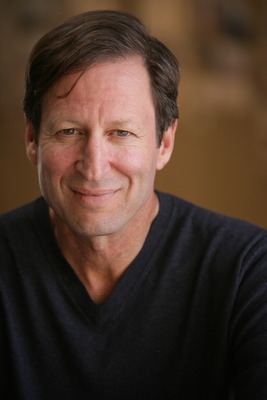 Keats was born at Chalton, Hampshire the son of Rev. Richard Keats, Rector of Bideford and King's Nympton in Devon and Headmaster of Blundells School, Tiverton, by his wife, Elizabeth. His formal education was brief. At the age of nine, in 1766, he entered New College School and was then admitted briefly to Winchester College in 1768 but lacked scholastic aptitude and determined on a career in the Royal Navy.

Keats entered the navy as a midshipman in 1770 aboard the 74-gun HMS Bellona under Captain John Montagu and followed Montagu when he was promoted rear-admiral, given command of the North American Station and the governorship at Halifax. He served in a number of ships on the Newfoundland station under his patron and his patron’s son Captain James Montagu.

In April 1777 he was promoted to Lieutenant under Captain Robert Digby in HMS Ramillies in which he took part in the First Battle of Ushant on 27 July 1778. As one of Digby’s followers he was moved with him to the second-rate, ninety-gun HMS HMS Prince George. His Royal Highness Prince William Henry, later William IV served aboard the Prince George as a midshipman for almost two years during this time.

In 1780 Keats was in Prince George with Admiral Rodney’s fleet at the Moonlight Battle that culminated in the relief of Gibraltar. Keats was with the fleet once more when it again relieved the beleaguered rock in 1781. In September 1781 Keats returned to the North American station with Digby in HMS Lion.

On 18 January 1782 Keats was put in command of the store ship HMS Rhinoceros which was later fitted out as a floating battery in the defense of New York City. By May 1782 he had been transferred to HMS Bonetta sloop in which he was part of the squadron that captured a French squadron including the 38-gun Aigle which was bought into British service. The Bonetta was paid off in 1785 and between that time and 1789 Keats lived in France.

On 24 June 1789 he was promoted to post-captain in HMS Southampton, possibly at the behest of the Duke of Clarence (Prince William Henry) as a royal favour to a friend. Between 1790 and 1793 Keats commanded the HMS Niger frigate on the Channel Station. He commissioned HMS London in 1793 as the newly appointed flag-captain to the Duke of Clarence but was to be disappointed when the Board of Admiralty determined that it would be dangerous for the Prince and recalled him to London.

In 1794 Keats was in Sir John Borlase Warren’s squadron in the Channel in command of the 32-gun frigate HMS Galatea. In her he took part in the running battles along the French, English and Irish coasts that became highly publicized and exemplified the romantic image of naval warfare as it was perceived by the general public. In 1795 Galatea captured La Revolutionnaire.

In the same year the Galatea took part in the failed landing of an invasion force at Quiberon Bay. The invasion force consisted of French Royalist émigré, counter-revolutionary troops in support of the Chouannerie and Vendée Revolt. They were landed by the Royal Navy on 23 June. The aim of the invasion was to raise the whole of western France in revolt, bring an end to the French Revolution and restore the French monarchy. The Landing of the émigrés at Quiberon was finally repulsed on 21 July, dealing a disastrous blow to the royalist cause.

On 23 August 1795 Keats in the Galatea drove the French frigate Andromaque ashore and set her alight to stop the French refloating her.

In May 1797 Galatea was at the Nore anchorage and Keats along with several other captains was put ashore during the fleet mutiny.

Subsequently he commissioned the newly built 40-gun HMS Boadicea. Under Keats she served on the Channel station for several years during which time she captured at least three prizes. The first was the 22-gun Spanish ship Union, which she captured on 14 August 1797. On 9 December 1798 Boadicea captured the 20-gun French privateer L´Invincible General Bonaparte. The Admiralty took this vessel into service as the 18-gun sloop HMS Brazen. On 1 April 1799 Keats also captured L'Utile, a Brig of 16-Guns. During this time Keats was stationed mainly off Brest. He continued there until 1800 when he was reassigned by Earl St. Vincent to Ferrol.

HMS Superb and the Battle of Algeciras Bay

By March 1801 Keats was placed in command of the ship with which he is most associated. HMS Superb was a 74-gun third-rate ship-of-the-line ordered in 1795 and completed in 1798.

In July 1801 she was stationed off Cadiz and took part in the second Battle of Algeciras Bay. During the French and Spanish retreat Admiral Sir James Saumarez hailed the Superb and ordered Keats to catch the allied fleets rear and engage. The Superb was a relatively new ship and had not been long on blockade duty. As a consequence she was the fastest sailing ship-of-the-line in the fleet. As night fell Keats sailed the Superb alongside the 112-gun Real Carlos on her starboard side. Another Spanish ship, the 112-gun San Hermenegildo, was sailing abreast, on the port side, of the Real Carlos. Keats fired into the Real Carlos and some shot passed her and struck the San Hermenegildo. The Real Carlos caught fire and Keats disengaged her to continue up the line. In the darkness the two Spanish ships confused one another for British ships and began a furious duel. With the Real Carlos aflame the captain of the Hermenegildo determined to take advantage and crossed the Real Carlos’ stern in order to deal a fatal broadside that would run the length of the ship through the unprotected stern. A sudden gust of wind brought the two ships together and entangled their rigging. The Hermenegildo also caught fire and the two enormous three-deck ships exploded. The Superb continued on relatively unscathed and engaged the French 74-gun St. Antoine under Commodore Julien le Roy. The St. Antoine struck after a brief exchange of broadsides. The action came to an end with the intervention of Captain Amable Troude aboard the Formidable. Troude placed his ship, which had been damaged in the earlier engagement and could not keep up with the main allied fleet, between the escaping allied fleet and the British. He fought off four ships before escaping into Cadiz.

Both Troude and Keats were highly praised by their commanders and the general public. Troude received an audience with Napoleon. Nelson said of Keats in a letter to the Duke of Clarence: “Our friend Keats is quite well in his own person he is equal in my estimation to an additional Seventy-four; his life is a valuable one to the State, and it is impossible that your Royal Highness could ever have a better choice of a Sea friend, or Counsellor, if you go to the Admiralty.”

After the Treaty of Amiens in 1802 Keats and Superb remained in the Mediterranean under Admiral Sir Richard Bickerton. When Nelson relieved Bickerton and took command of the fleet in the Mediterranean Keats remained with him off Toulon and accompanied the fleet to the West Indies in 1805 in the famous chase of Admiral Villeneuve that culminated in the Battle of Trafalgar. After the fleets return to the European waters Superb was sent to Portsmouth to re-fit. Unfortunately she did not rejoin the fleet off Cadiz until November 1805 missing the Battle of Trafalgar by less than a month.

On 9 November 1805 Keats was made an honorary Colonel of Marines, received the thanks of Parliament and a presentation sword from the Lloyd's Patriotic Fund.

The West Indies and the Battle of San Domingo

Admiral Duckworth took Superb as his flagship in 1806. Duckworth took the fleet blockading Cadiz and chased Contre-Admiral Jean-Baptiste Willaumez to the West Indies. Vice-Admiral Corentin Urbain Leissègues had separated from Willaumez in the Atlantic and made for Santo Domingo to resupply and refit. Duckworth was in the process of resupplying his ships at St. Kitts when he learned of the French squadron anchored in Santo Domingo. Duckworth took his squadron of seven line-of-battle ships and attacked Leissègues' five ships of the line. The Battle of San Domingo was the last open sea fleet action of the Napoleonic War. During the battle Superb suffered 62 casualties in what became an almost total victory for the Royal Navy. Of the five French line-of-battle ships engaged two were captured and three driven on shore and later destroyed. The British did not lose a single ship.

The Baltic and the Second Battle of Copenhagen

By 1807 Superb had returned to the Channel and Keats was relieved by Sir Richard Strachan. Keats then took command of HMS Ganges and was promoted commodore with Admiral Gambier’s squadron in the Baltic where between 16 August and 7 September he took part in the Second Battle of Copenhagen. During the battle Keats placed a portrait of Nelson on the mizzen mast. It was later said that the portrait had encouraged and inspired the officers and men aboard.

Keats was promoted rear-admiral on 2 October 1807 and moved into HMS Mars. He led the expedition with Lieutenant General Sir John Moore to the aid of the Swedish at Gothenburg. As a reward for his services he made a Knight Commander of the Order of the Bath.

Keats moved his flag to the Superb in early 1808. After convoying the Swedish trade from Gothenburg to England he joined Sir Richard Strachan on his expedition to the Scheldt river. On the Superb’s return to Portsmouth in 1809 she was paid off and Keats was promoted to rear-admiral of the blue squadron.

On 26 December 1809 was given the post of His Majesty's Commissioner for the Civil Affairs of Malta. In 1810 after a nearly twenty one year’s continuous service took leave ashore.

After only a few months however Keats hoisted his flag in HMS Implacable and took command of naval forces off Cadiz. On 1 August 1811 Keats was promoted vice-admiral and joined Sir Edward Pellew off Toulon.

Keats was forced to haul down his flag in 1812 due to ill health and in recognition of his service on 9 March 1813 he was made Governor and Commander-in-Chief of Newfoundland. During his term as governor the British government agreed for the first time to let Newfoundland settlers lease land for cultivation. Keats granted 110 leases around St. John's in the first year alone. In 1816 he returned to England and was succeeded as Governor of Newfoundland by Francis Pickmore.

In 1821 he was further honoured by his appointment as governor of Greenwich Hospital and investiture as Knight Grand Cross of the Most Honourable Military Order of the Bath.

Keats died in Greenwich on 5 April 1834 and his funeral was held at the hospital chapel with the Admiralty Board in attendance. His coffin was borne by six admirals as pall-bearers.

William IV ordered a bust of his friend to be erected in the chapel and it remains there, under the organ loft on the left hand side of the main entrance. The right hand side is occupied by a bust of Sir Thomas Hardy.

In 1816 Keats married Mary, eldest daughter of the late Francis Hurt of Alderwasley in Derbyshire. There were no children from the marriage.