Opening Ceremony of 2018 Winter Olympics: The Official Start of the Olympic Games in PyeongChang 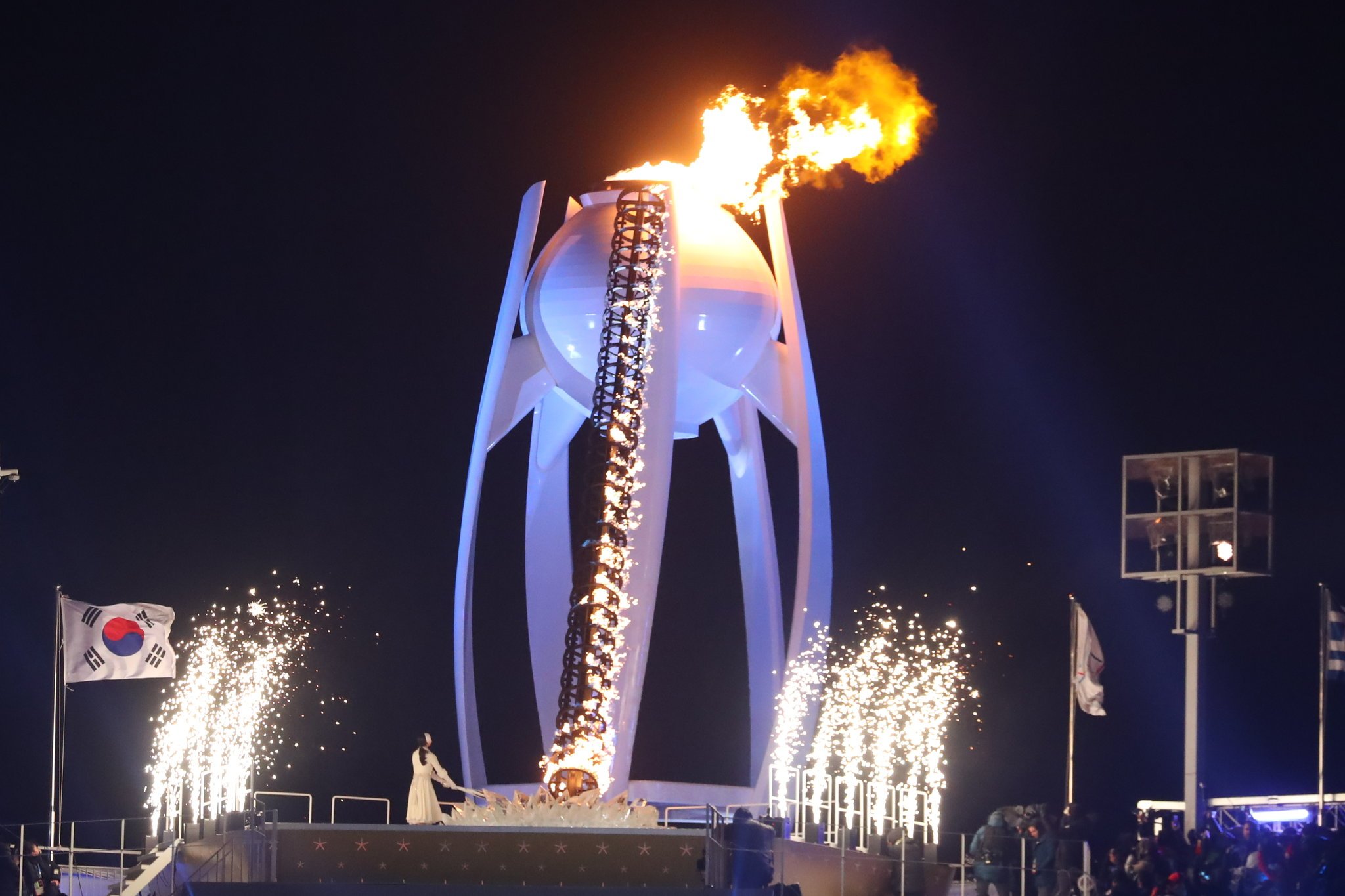 The Olympic caldron was lit and the Olympic Games in PyeongChang have officially started. The honor to light the caldron was given to Yuna Kim, a figure skater, who won a gold medal in 2010 and a silver one in 2014. The torch was given to her by two members of the mixed North and South Korean women’s hockey team. The South and North Korea have a unified team at the Olympics and the members of the team marched together, carrying the unification flag. The South Korean president, Moon Jae-in, watched the ceremony standing near Kim Yo-jong, the sister of the North Korean leader. The team was cheered up by the audience, though not everyone liked the unification of teams.

Flagbearer from Tongo Followed His Tradition from Rio Pita Taufatofua Marched Shirtless with the Flag of Tonga

At 2016 Summer Games, much attention was drawn by Pita Taufatofua, a flagbearer of the Tongan team. He appeared at the opening ceremony shirtless and greased up, wearing the traditional Tongan skirt. This year, the athlete will compete in cross-country skiing, though before he competed in taekwondo. However, the athlete decided to follow the tradition and carried the flag shirtless again despite the fact that it was rather cold.

Parade of Nations without Russian Flag This year, Olympic Athletes from Russia had to participate in the parade of nations without a flagbearer with the national flag. Instead, a volunteer carried an Olympic flag in front of them. The flag was absent because of the punishment for Russia’s state-sponsored doping program at 2014 Winter Olympics. Though many athletes were banned from participating in Olympics, the Russian team is still pretty large and consists of 160 athletes. American Team at the Opening Ceremony of 2018 Winter Olympics

America has the largest team at 2018 Olympics with 242 athletes. Luger Erin Hamlin was chosen as a flagbearer. The team walked at the parade of nations to “Gangnam Style” song by one of the most successful Korean pop singers, PSY.

The National Teams Came Out Following the Korean Alphabet It was decided that the athletes will appear at the parade of nations in the alphabetical order, however, not in English, but in Korean.

A cute thing is that each of the seats in the stadium was equipped with a pole and a square light box, which changed to the colors of flag of the marching country.