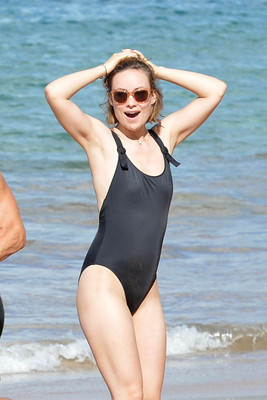 There's something to worry about on the set of Don't Worry Darling.  The Olivia Wilde-directed psychological thriller has been forced to temporarily halt production after an unidentified team member tested positive for Covid-19, Deadline first confirmed on Nov.

The positive test came as a result of required routine testing for all production employees.  Wilde, who also stars in the film, was photographed on set in Los Angeles on Nov.

3 wearing a face shield alongside Dita Von Teese, who donned a face mask.  The movie, which centers on a 1950s housewife, features Florence Pugh in the lead role, as well as Harry Styles as her husband, Gemma Chan, Chris...