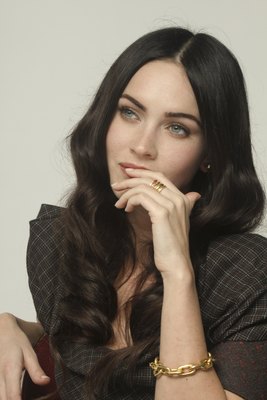 If soulmates are real, Megan Fox may have finally found hers in Machine Gun Kelly.  In an interview for Nylon, published on Tuesday, Nov.

17, the 34-year-old actress opened up about her "once in a lifetime" relationship with the VMA winner.  "There's never an attempt to control him on my end," shared the Transformers star.

"It's more that he looks to me to avoid his own self destructive tendencies.

And that's where I'm useful because on his own and left to his own devices I don't know how much interest he has in caring for himself."  Megan, who has been dating the "Bloody Valentine" rapper since June 2020, poetically described their dynamic as...