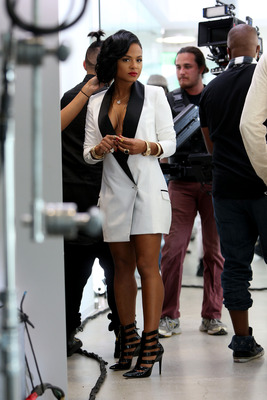 Both new and familiar faces.

23, E! News exclusively learned the names of those who will be joining Christina Milian and Ne-Yo for Starz's reimagined Step Up TV series.

While there are plenty of new faces to meet, a fan favorite has returned to the series in a lead role.

Dancer Rebbi Rosie, who has performed alongside Beyoncé, Pharrell and more, has joined the cast as Angel.

Per the character description, Angel "has descended into the world of High Water with an air of mystery and a backpack full of cash.

She's running from the place she calls home, the seedy underworld of London's organized crime families.

Now, Angel has come to the one place in the world where she can make...