Lily Collins Weighs in On Emily in Paris’ Pronunciation Debate 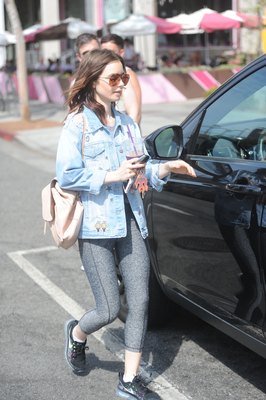 Lily Collins is settling the Emily in Paris débat once and for all.

As fans of the fashionable series may know, Netflix sparked a social media frenzy in November when its Twitter account revealed that Emily in Paris is supposed to be pronounced "with a French accent so 'Emily' and 'Paris' rhyme." Since that time, viewers have been in a debate over the correct pronunciation and now Lily herself is weighing in.

While on The Tonight Show on Monday, Nov.

30, Lily—who stars as Emily Cooper in the hit Netflix series—addressed the controversy, admitting she too had been pronouncing the show title wrong.

When host Jimmy Fallon asked about...