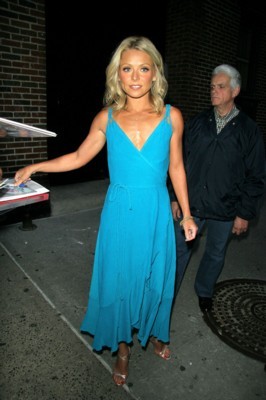 Kelly Ripa is heating up social media with a shirtless photo of Mark Consuelos.

The talk-show host took to her Instagram Story on Wednesday, Dec.

9, to show off a steamy shot of the Riverdale star featured on a pillow in their home.

In Kelly's video post, which she set to Marvin Gaye's hit song "Let's Get It On," the Emmy winner zoomed in on the photo of her husband of 24 years, showing him lounging in a pool with only swim shorts and sunglasses on.

This post comes shortly after Kelly admitted that she'll be carefully selecting the images she shares of Mark on social media.

As fans may recall, the Live With Kelly and Ryan star had the internet talking...