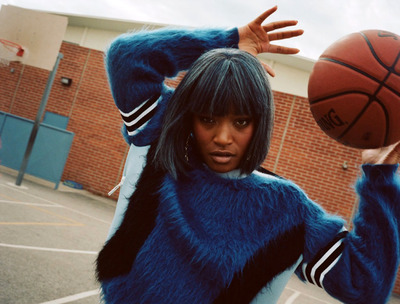 New 'do, who dis? Keke Palmer recently showed off a new hairstyle on Instagram, joining a growing mullet trend adopted by several celebrities over the past year or so.

The 27-year-old Hustlers actress drew praise for her video, which showed her lip-synching, with some people comparing her to Rihanna and the late Whitney Houston.

Rihanna had debuted a similar hairstyle in November.

As fans may recall, the superstar singer was spotted with her new 'do while out for dinner in Los Angeles.

In September, Game of Thrones alum Maisie Williams also showed off her own shaggy 'do.

Alongside a photo of the actress and her bleached blonde cut, hair salon Bleach London...