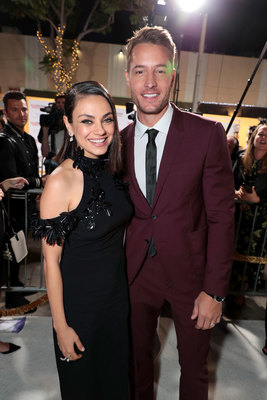 Justin Hartley and Sofia Pernas are teasing fans over their rumored romance.

It's been two months since the This Is Us actor was spotted kissing his former Young and The Restless co-star, and now Hartley and Pernas are adding more fuel to the relationship speculation.

9, the duo took to their Instagram Stories to share photos from their refreshing day by the pool.

In Pernas' picture, a man's arm can be seen holding onto a glass of Guinness.

Though the man's head is out of frame in the social media snap, the watch on his wrist appears to resemble one that Hartley wore on The Ellen DeGeneres Show in 2019.

Serious Strength: Inside Vanessa Bryant’s World Since the Deaths of Kobe and Gianna

Get Ready for the Marvel Mania x Collectors Event on ShopDisney.com!