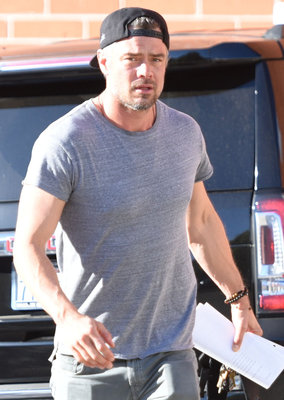 The Armie Hammer saga continues: Josh Duhamel is now in talks to replace Hammer in the film Shotgun Wedding alongside Jennifer Lopez, according to The Hollywood Reporter.

A source tells E! News, "Nothing is official right now, however, Jennifer would welcome the chance to work with Josh Duhamel.

They have met before and she thinks he's a great guy." THR reports that Lopez does have a say in who will be her co-star.  Directed by Pitch Perfect's Jason Moore, the movie reportedly follows two lovers at their destination wedding, as the guests are taken hostage.  Hammer stepped down from the role last week amid a scandal involving...